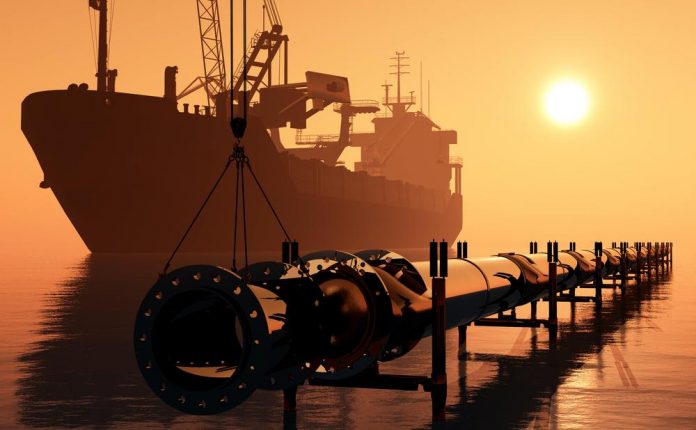 Whereas no official deal has yet been agreed, there is increasing hope in Newfoundland and Labrador’s oil sector regarding the future of the idled Terra Nova field, which stopped production in late 2019.

When asked if he believes the Terra Nova will restart production at some point, the minister said “yes”, however warned that the ultimate decision lies with the oil firms.

“I think as a province, we’ve done everything within our power to assist the operator for the betterment of our province. But at the end of the day, it requires their signatures,” Parsons said.

But the firm that runs the field, Calgary-based Suncor Energy, is being cautious with its moves, insisting that no bottom line has been drawn on whether to rebuild the aging floating, production, storage and offloading (FPSO) vessel, known popularly as Terra Nova.

“We’re continuing to progress work with the Government of Newfoundland and Labrador and joint venture partners to develop and evaluate options that could support a plan for long-term production at Terra Nova,” Suncor spokesperson Sneh Seetal wrote in an email Monday to CBC News.

One factor in the way forward is the cost of upgrading its subsea equipment, manifolds, wellheads, and flexible flow lines, to find whether a restart is economically viable, said Seetal. She added that analysis is ongoing.

In addition, she said, all 7 oil firms with ownership interests in the Terra Nova project will have to agree before any final decisions can be made.

Regarding the promise by the provincial government to provide $175 million in public money to the project, and a willingness to offer oil firms a break on their royalty payments to the state, Seetal claimed the oil firms are appreciative.

“It helps give us certainty and clarity as we continue to evaluate and progress options for the asset,” she wrote.

However, senior sources say the main partners in the Terra Nova oil field, including Suncor, which owns almost 38%, and 19% owner ExxonMobil, are interested in continuing with the life expansion project, and that talks among all 7 members are underway.

The Terra Nova FSPO has been docked at the Bull Arm fabrication site in N.L’s Trinity Bay for months, with no assurances that it will ever go back to Grand Banks, where is started producing oil back in 2002.

Terra Nova has been out of production since Dec. 2019, after the offshore regulating agency – the Canada-Newfoundland and Labrador Offshore Petroleum Board (C-NLOPB) – ordered Suncor to stop production due to safety concerns.

The vessel’s life is expected to expire this year, and it has been scheduled to sail to Spain in early 2020 to under a half-billion-dollar-plus revamp.

This would have permitted the vessel to produce an extra 80 million barrels of oil, and go on operating in offshore for another 10 years.

However, those plans were interrupted by the coronavirus pandemic, resulting to a collapse in oil markets and a reduction in spending by oil firms as revenue streams started drying up.

Suncor has said it will not make any capital commitments for the Terra Nova in 2021.

Afraid that the Terra Nova deal could decide to decommission the project, the N.L government announced on January 14, the day prior to a general election called by Liberal Leader Andrew Furey, that it had reached a non-binding MOU with the oil firms.

MOU to expire at end of March

The MOU saw the Liberals promise to invest $175 million into the Terra Nova and hinted at changes to the royalty regime if the oil firms would match that sum and commit to a longer-term production plan for the vessel.

The funds are part of the $320 million oil and gas industry recovery fund – funded by the federal government, though administered by N.L.

The MOUS will expire on Mar. 31, however, Andrew Parsons is suggesting that deadline could be extended to the end of next month.

This comes as the oil firms continue to draw a strategy, and the N.L government remains in caretaker mode due to the delayed election campaign, with the results not expected to be known until around April.

“I do have optimism and I do think that there is a positive and that can come out of this,” said Parsons. “We’re always willing to entertain that because we want to see the best value for our resource. And also we want to see people working.”

Up until it was halted, the Terra Nova had produced around 450 million barrels of oil, whereas total direct employment in support of the Terra Nova oil field was approximately 850 people at the end of 2019, as per C-NLOPB.

Many of those individuals have since been furloughed because of the devastating year for the while offshore oil sector, with some sensational setbacks resulting to massive job losses over the last 12 months.

If the Terra Nova is to receive a revamp, Parsons said Newfoundland and Labrador is eager to see as much of the work as possible carried out in the province.

“We’re not just going to give away everything just to make this work. We have to be reasonable,” he said in an interview.

“I think we’ve been extremely reasonable. But the good news is that, as compared to a few months ago, the positivity is increasing, and my level of optimism is as well.”