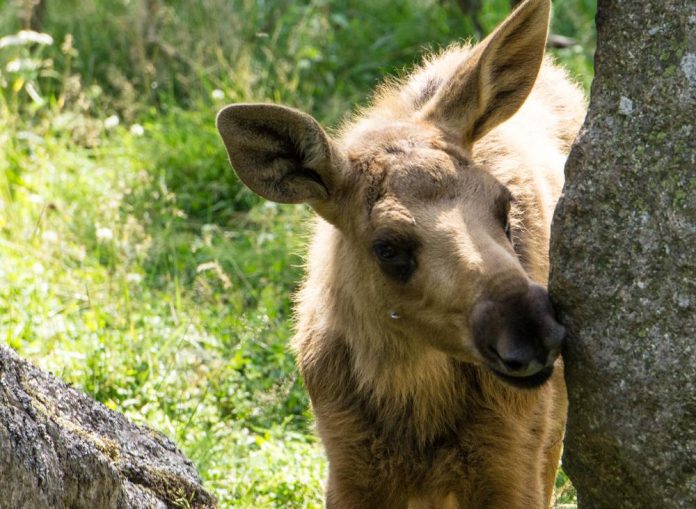 A hungry and distressed bay moose that was recently separated from the mother has had a happy ending after the two were re-connected 4 days later.

Margaret Williston, a resident of N.B, has been taking care of the baby moose since last Thursday when its mother was scared off by a passing vehicle along Hortons Creek Road.

She did her best to find a working solution for the young moose who was constantly pacing around and crying at her home. However, she was informed that she could not take care of the moose, and the only alternative, apart from leaving it to fend for herself, was to have it put down.

Last Sunday evening, She and the husband took the baby moose to the creek where it lost the mother. After about 4 hours, an adult moose, and a young one, appeared. Williston said the baby moose started calling, and the adult called back.

The baby went to the adult moose, who sniffed at it and then led it to suckle.

She said she isn’t sure whether the adult that showed up was the parent.

Williston noted that this experience was quite eye-opening, especially how people treat moose and deer when they are in distress.

She got to know that provincial requirements stop rehab centers from taking in deer and moose and all inquiries regarding the animals are directed to the provincial level.