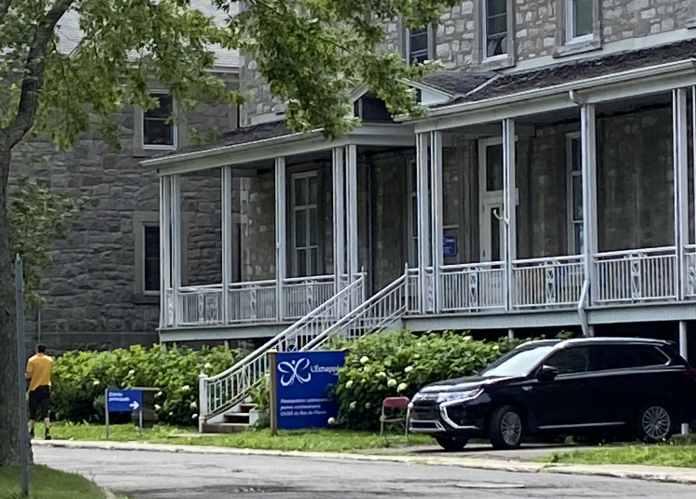 The film industry has been permitted to remain open during the most recent lockdown in Quebec despite the coming and going of hundreds of staff to their homes in and around the Montreal area after work. From camera crews, to actors to production and COVID security, everyone is working hard to make sure we are entertained.

The movie industry is alive and well. Filming the week of January 18, 2021, include the following productions:

Moonfall, directed by Roland Emmerich has a budget of an estimated $150,000,000 and employs many cast and crew. Notably, Halle Berry, who has been in Montreal since before the holidays. This week they are filming at MTL Grand Studio.

“L’ÉCHAPPÉE” (a TVA television series) has resumed filming this past week, after the holiday break.

“DISTRICT 31” a popular Quebecois “police drama” series, is filming this week on the South Shore.

Republic of Sarah.  Faced with the destruction of her town at the hands of a greedy mining company, rebellious high school teacher Sarah Cooper utilizes an obscure cartographical loophole to declare independence.

Transplant season 2 will resume filming in the Montreal area on February 2, 2021until August 1, 2021.  Developed at CTV, Transplant is produced by Sphere Media in association with CTV and NBCUniversal International Studios, a division of Universal Studio Group. NBCUniversal Global Distribution handles worldwide distribution for the series.  Transplant is averaging 7.7 million total viewers.

Misanthrope. Two war grizzled veterans kidnap a fake army sergeant only to become quarantined together in an isolated cabin.

“The Moodys” is presently filming in the Greater Montreal area as well https://www.imdb.com/title/tt3205334/