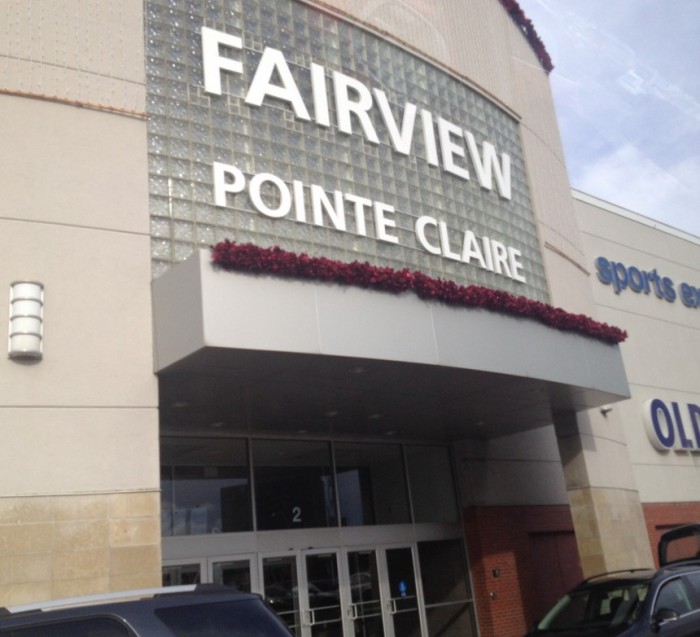 Mass panic at Fairview Centre Pointe Claire occurred in the late afternoon Sunday, when two suspects wearing ski masks entered The Bay.  They smashed several glass jewelry counters stealing the contents.  The shattering of the glass could be heard in adjacent stores causing customers to hide in changing rooms and back stores under the assumption that there were shots fired.

“We are hiding in the back store at LuLu Lemon, we heard a loud noise and saw people running in panic,” said Allison Hewitt who sent a video from her location during the robbery. “We are getting updated every so often.”

Contrary to earlier reports, Hewitt later learned that it was a robbery with no shots fired and not a random shooting which was a great concern throughout the ordeal.

At the time of this report, police have expanded their search and will be reviewing surveillance cameras.