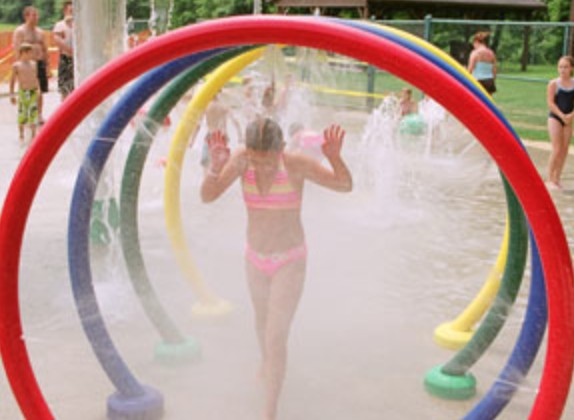 For Pointe-Claire resident Christine Latreille, what started off as a simple interest turned into a full-blown blog.  Since 2014, Latreille is one of three bloggers in Canada writing about parks and playgrounds, green spaces in our cities that offer citizens of all ages a place to get together and enjoy the outdoors. 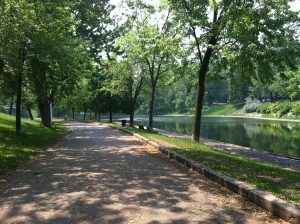 Latreille’s blog, Stroller Parking, provides a platform through which Montrealers and tourists can learn about the various parks available across the city, and can even help them find some good ideas for a nice, and different, day in town.  Latreille has written about parks in the Greater Montreal Area and has even travelled as far as Ottawa, Kingston and Vermont to visit parks. “It became way more popular than I ever expected,” she says. She has now been asked to help cities and private companies select their playground equipment.

Needless to say, Latreille believes that spending time in parks and in nature can positively benefit your mental health.  “Going outside and going to parks, within 20 minutes you have all that improvement in your mental and physical health,” says Latreille, referring to a recent University of Alabama at Birmingham study coming to these same conclusions.  Latreille points out that there is clear evidence, even here in Montreal, that spending time outdoors has a positive impact on people’s moods, noting that Montrealers are overall a lot happier when the weather is nicer in the summer and they can spend time outside.

Along with advocating for more time being spent in parks, Latreille also emphasizes that parks can serve as gathering places for the entire community, not just for children and young families.  “Parks are not just for children,” she says. “But also for yoga, zumba or senior dance classes; a place where the whole community can get together.” With an aging population, Latreille believes it’s important that there be more activities and attractions at parks that appeal to seniors in an effort to get them out of the house more often.  Additionally, parks are being increasingly used by social workers and physical therapists as a place to bring their clients.

While Latreille believes that parks have remained somewhat static in design over the years, she is noticing some parks partaking in a “green initiative.”  This can involve anything from setting up several outdoor workout stations, recycling rainwater or taking unused concrete spaces and turning them into green spaces, which was done with the Bonaventure Park, which is located at the site previously occupied by the Bonaventure Expressway.

While Montreal is home to many smaller parks, and some big ones, Latreille does have a vision of her what her ideal park would look like.  “I’d love to see each city and borough have a destination park to go to that incorporates fitness equipment and playground spaces for all ages and maybe a place for picnics.”

Parks are definitely trending in the direction of being common spaces for people of all ages, and more the growing popularity of “greener parks” can give you an extra excuse to take a break and head outside to enjoy the nature.