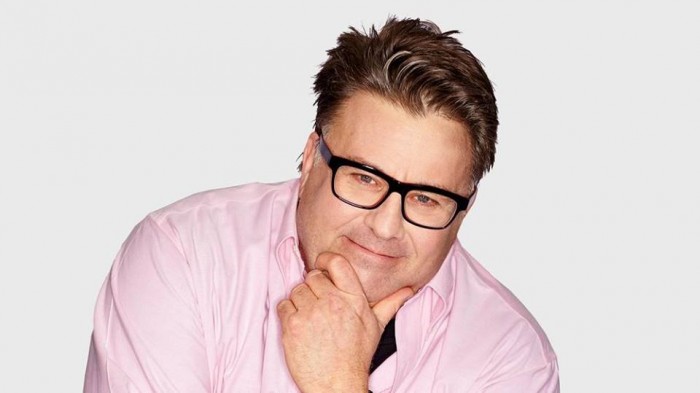 Longtime Montreal radio host Terry DiMonte has been named the recipient of the Canadian Hospice Palliative Care Association (CHPCA) Regional Media Award by the group which is the national voice of palliative care in Canada and held its conference this week in Ottawa.

The CHPCA said in its citation that the award is “in recognition of exemplary efforts to increase local and regional public awareness resources in his community” and his “public support of the need for palliative care resources, and regular advocacy for the cause of hospice palliative care in his capacity as CHOM-FM radio host.”

Mr. DiMonte has been a consistent and vocal supporter of the West Island Palliative Care Residence since well before its opening 15 years ago next month. His work and support continued during several years when he left CHOM and was working in Calgary and picked up again on his return to Montreal, continuing every year in many ways.

“Terry has been a stalwart supporter of the Residence from day one, with his many interviews with me and others doing so very much to raise awareness not just of the Residence but of the whole idea of palliative care and what we are doing for our patients and their families,” said Teresa Dellar, Executive Director and Co-Founder of the Residence. “He wanted to talk about palliative care long before many others. We are very pleased that Terry has been honoured in this way by way by the CHPCA. It is very much deserved and we congratulate him.”

Among the many specific ways Mr. DiMonte has assisted the Residence and the cause of palliative care over the past 18 years are:

• Advocating for the construction of the Residence when there was local opposition;

• Speaking up about the need for palliative care when the word was not yet palatable;

• Helping raise the initial funds for construction by recording public service announcements and interviewing key people about the cause and the need;

• Supporting and publicizing numerous fundraising efforts on-air and acting as master of ceremonies for the Residence’s first few annual Gala fundraising events; and

• Speaking up for the need for additional palliative care resources at the time of the debate over Quebec’s legislation to permit medical aid in dying.

The award was announced at the CHPCA’s 2017 Canadian Hospice Palliative Care Conference, being held in Ottawa from Sept. 20-23 with the theme “Expanding Our Horizons: A Palliative Approach to Care.”

About the Canadian Hospice Palliative Care Association
The CHPCA is the national voice for Hospice Palliative Care in Canada. Advancing and advocating for quality end-of-life/hospice palliative care in Canada, its work includes public policy, public education and awareness. Established in 1991, its volunteer Board of Directors is composed of hospice palliative care workers and volunteers from Canadian provinces and territories as well as members-at-large.

About the West Island Palliative Care Residence
The West Island Palliative Care Residence is an independent, community-operated facility that is now the largest free-standing palliative care residence in Canada. All services are provided free of charge to terminally ill patients and their families. The Quebec government pays about one-third of the operating budget with the balance, over $3.5 million per year, raised in the community from events such as the Valentine’s Ball and individual and corporate donations. Recognized across Quebec and Canada for its excellence in palliative care, the facility has welcomed more than 3,700 patients in the final stages of ALS, multiple sclerosis, cardiovascular disease and cancer, as well as 15,000 of their family members. To learn more, visit PalliativeCareResidence.com.