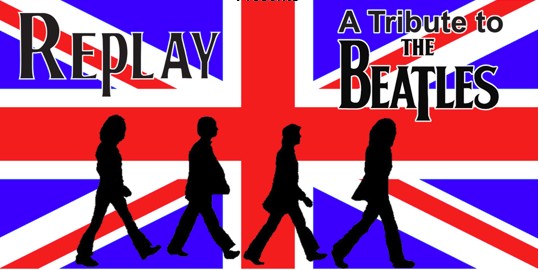 Founded in 1957, members of several University alumnae living on the Lakeshore formed the Montreal Lakeshore University Women’s Club (MLUWC). It is a non-profit organization of more than 200 women graduates.  MLUWC works to influence public policy through advocacy and encourages education by offering scholarships and bursaries to deserving women in the West Island of Montreal, in order that they may further their post-secondary education.

MLUWC is a member of the Canadian Federation of University Women (CFUW), a non-partisan, self-funded national volunteer organization with over 9,000 members in more than 100 clubs across Canada.

ABOUT REPLAY – A TRIBUTE TO THE BEATLES

REPLAY have performed and toured as professional musicians and studio session players since the early 70’s and have performed all over Canada and internationally. REPLAY has played on the same stage with such outstanding acts as Hedley, Andre-Phillipe Gagnon, Sylvain Cossette, Laurence Jalbert, Martin Fontaine (of Elvis Story), LUBA, Terry Stokes, Hinder, Saving Abel, The Trews, State of Shock, Bowser and Blue, Stephen Kabakos (Elvis), and many others. In March 2012 they were honoured to be personally invited by the British Ambassador in Guatemala to attend the prestigious British Ball and perform during British Week at the Queen’s Diamond Jubilee Party, as well as at a pubic show with over 1800 screaming fans.