In their 58th year of giving to deserving ladies in our community, The Montreal Lakeshore University Women’s Club (MLUWC) put on “A Tribute to the Beatles” by REPLAY, to a sold out crowd at the Louise Chalmers auditorium at John Rennie High School on October 26.

REPLAY did not disappoint. The audience was scooped up and taken back from the very first beat. REPLAY members John Lennon, Paul McCartney, George Harrison and Ringo Starr look-alikes were spot on with voice and costume. Songs played included “She loves you,” “Help,” “Hey Jude,” and many more oldies but goodies.

At intermission, guests were able to mingle and enjoy the auction items that offered various gifts wrapped in beautiful baskets donated by members of the community. 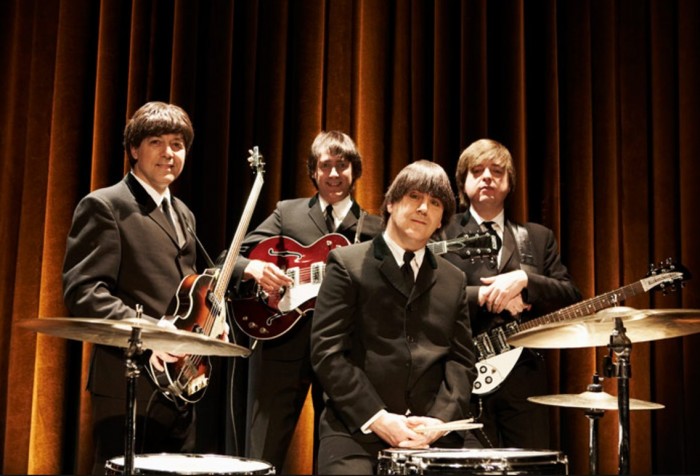 According to President Linda Sestock, the MLUWC had disbursed $18,000 so far this year.

“This year we have awarded $9,000 in scholarships and bursaries, $6,000 for women continuing their education at the university level and $3,000 for women in adult education programs,” Sestock explained.

“To qualify for our scholarships the applicant must hold a high academic standing, be involved in the community and a resident of the West Island,” she explained.

The MLUWC proudly raises funds to support annual scholarships and bursaries that are awarded to female, post-secondary students, who wish to further their education. The organization holds two major fundraisers each year and several ongoing initiatives throughout the year. A small portion of the annual dues goes towards the scholarships. More than $250,000 have been awarded thus far.

For more information or to join MLUWC consult their website at www.mluwc.com