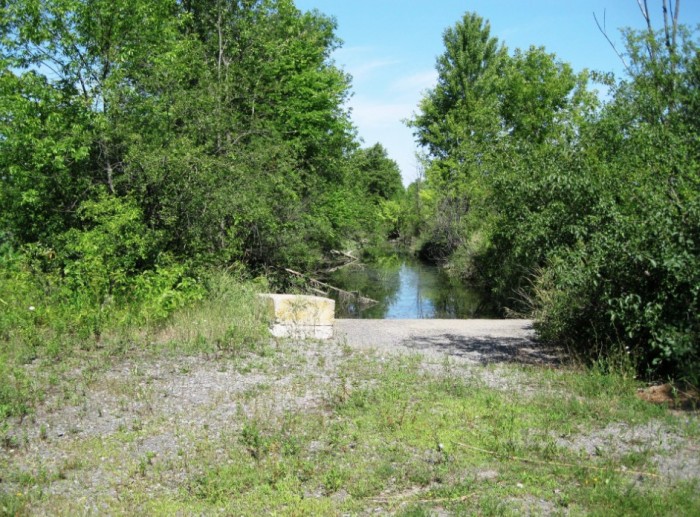 The grass does grow greener in Sainte Anne De Bellvue (SAB) with last weeks acquisition by Montreal of 14 hectares of forest in the southern part of the L’Anse-à-l’Orme. Montreal Mayor Valerie Plante and SAB Mayor Paola Hawa struck a deal to conserve land developers had proposed for a 130 townhouse development. The purchase costing Montreal $11 million, is in line with the city of Montreal’s plan to add 46 hectares to its 3.3% public green space. The minimum provincial or international standard is 8%. 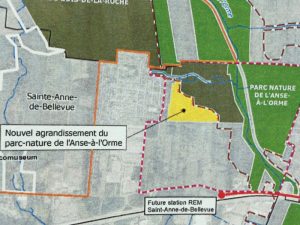 “It is one of the last remaining green areas that we have on the island — it is precious, it is a treasure,” Plante said in last Thursday’s press conference where Montreal announced it had purchased the piece of land that extends across Pierrefonds-Roxboro and Sainte-Anne-de-Bellevue. Plante also indicated that the ultimate goal is to protect more parts of L’Anse-à-l’Orme and turn it into a national urban park for all to enjoy. The plan is to connect the much sought after conserved space with the new light rail station slated to be built within walking distance.

The victory is two-fold for SAB as the deal puts to rest a $35-million lawsuit against the town.

“We kept our focus on the goal,” said Mayor Paola in an interview with West Island Blog. “We didn’t blink and we stood our ground. We didn’t compromise our values and principles knowing that our responsibility was to safeguard the best long-term interests of our city and its citizens.”

The agreement that will be officially adopted this week does not put to bed the question of the larger plot of land to the east in Pierrefonds where 5,000 homes are proposed for development.

While Pierrefonds Mayor Jim Beis expressed concerns that the cost to expropriate would be high, Beaconsfield Mayor George Bourelle refused to comment on the status of Beaconsfield’s Angell Woods.  Angell Woods, that is considered part of the L’Anse-à-l’Orme corridor, is slated for partial development outlined in a court judgment in 2017 that confirmed that majority stakeholder in the area, Yale Properties, could proceed with the construction according to rules currently in place, which allow for the development of 216 units: 144 single-family and 72 townhomes.

“In the coming weeks we will sit down with all the actors in that area to see what makes sense and what is the best way to move forward,” Plante explained.