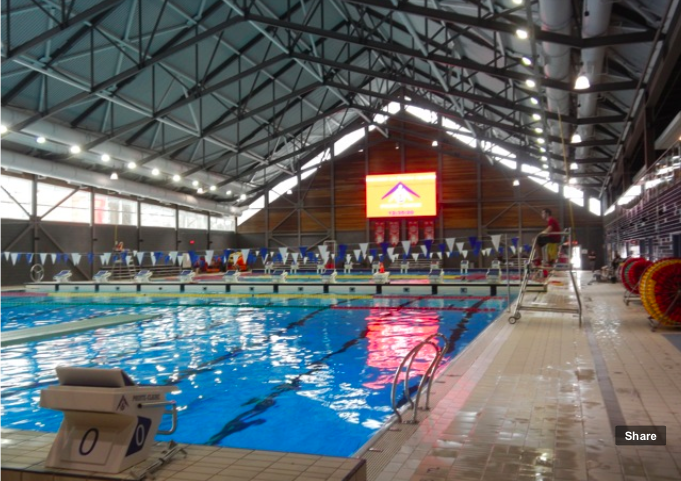 During Kirkland city council meeting, Feb. 3, Mayor Michel Gibson disclosed that the Montreal Agglomeration Council had voted, Jan. 30, to spend $2.7 million for a portable pool facility, rather than hold Fina World Aquatics Championship (FWC) events at Pointe Claire’s new $18 million, state-of the-art aquatic centre. The event was originally to be held at the Olympic Stadium but, due to a recent decision to repair the location, the agglomeration council came up with a new plan.

Mayor Gibson said that the Association of Suburban Municipalities (ASM), which represents Montreal’s demerged suburbs, voted against the expense.

“We were completely against this” he said at the Feb 3 council meeting.

The Suburban has learned that the only demerged city to break ranks was Cote St. Luc, whose mayor, Anthony Housefather, will be a competitor in the upcoming meet, Jul. 27-Aug. 10.

Housefather – whose swim relay team set a Canadian record at the Pointe Claire Aquatic Centre, Jan. 25 — told The Suburban that he agreed with the Agglomeration Council’s conclusion that it would be too difficult for the thousands of participants, all aged 25 and older, to get to Pointe Claire.

Pointe Claire Mayor Morris Trudeau confirmed the news. He added that the remaining mayors felt that FWC could, at least in part, be hosted in Pointe Claire. Mayor Trudeau told The Suburban that, at very least, the Pointe Claire option ought to have been considered.

West Island taxpayers will contribute more than a half-million dollars (18.7% of the total expense) to this competition.

“The council has sent a clear message to West Islanders that they are only part of the agglomeration when it comes to paying for important island-wide activities,” complained Mayor Gibson, “but not when it comes to benefiting from such events.”

The Agglomeration Council has not yet specified a permanent location for the temporary pool, once the games wrap up.