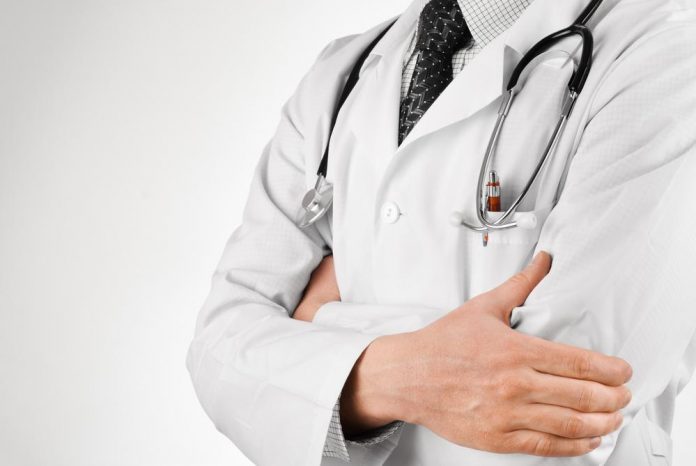 Dr. Desrosiers believes her decision to quit her job as an obstetrician-gynecologist in the public health-care space, combined with the increasing demand from women who can’t access the health-care they are entitled to, are signs of the same challenge – a system that’s not working.

“There’s so many patients I’m seeing that have no family doctor,” Dr. Desrosiers said. “We need family doctors. We need specialists. It’s sad but it’s the case that we are living now in New Brunswick.”

The rule was meant to permit doctors who offer services that are not medically required like cosmetic surgery and practice, he said. It was never meant as a way for people to get basic care.

“It was never intended that patients be driven to these non-medicare, private physicians out of necessity due to the lack of available primary care providers in the public system.”

Contrary to the ‘spirit’ of the Canada Health Act

As of December 31, over 44,000 New Brunswickers without a family doctor or nurse were registered with Patient Connect New Brunswick, which pairs people with a basic care provider.

Every province has “an absolute obligation” to offer and pay for medically required care for its residents, said Marchildon, adding that there are no proper excuses for failure.

“The government can’t get out of it by simply saying, “There’s no family doctors available,”

said the professor, saying that the regional administration begins paying to send patients to other provinces who could offer care, or set up its own clinic or pay those doctors and nurse practitioners without billing numbers.

“It’s got to provide that service — one way or the other,” he said. “Or they’re subject to deduction under the Canada Health Act.

“This situation is really contrary to the spirit, if not the letter, of the Canada Health Act.”

The provincial Department of Health has not offered additional information on the matter.

Dr. Desrosiers said the scarcity of doctors in New Brunswick and the rising demand from patients led her to experience burnout and depression in 2015, and she had to rethink her career as an obstetrician-gynecologist.

“I was getting tired and overwhelmed,” she said. “But you know that if you stop, then your colleagues will have to see your patients. They’re already overloaded. They’re already working like crazy too. So I was like, ‘I can’t stop.'”

Obstetrician-gynecologist is unpredictable an unpredictable career due to the fact that you can’t tell how many women will need care in any particular month. That, combined with rising referrals for gynecological care, was a challenge.

“There’s just not enough time,” she said. “It’s really hard to be able to answer all those demands.”

When Desrosiers gave up her billing number, she had three school-age children and it was getting more difficult to “bounce back” after working 24-hours straight delivering babies and seeing patients.

“In the end it got worse and worse, and I had no choice but to stop.”

Now she replaces her colleagues when they need some time off and works part-time at private healthcare clinics, where Desrosiers sees patients one day each week.

“The patients I’m seeing, most of them have a quality of life that is impaired by their problems,” she said. “So they’re really happy to have somebody finally to talk to them and take care of that.”

Waiting lists for women who need non-urgent gynecological care in the province can be more than 12 months, and Dr. Desrosiers said her colleagues in the public system are glad she is able to offer that care at least to some women.

Dr. Jeff Steeves, president of the New Brunswick Medical Society, believes it is crucial to consider the thing that’s motivating doctors to exit the public health system and find out why patients are willing to pay for services.

He said the UK struggled around 20 years ago with an increasing number of private healthcare providers due to “inefficiencies in their public system.

“When they had some major changes to improve the efficiencies within their system, the private system basically disappeared. The need for it evaporated.”

No matter the reason for medical practitioners deciding to practice privately, Steeves said it cause for concern.

“If we lose a physician from within the system, then I lose a colleague that I might need their help and to refer to,” he said.

“So the concern would be if the private system were to grow, then that would be more challenging for the physicians left within the system.”

Dr. Danyaal Raza, board chairperson of Canadian Doctors for Medicare, agreed and argues that when doctors exit the public health system, the wait becomes longer for everyone.

He said those who can afford to pay a private clinic are normally “wealthier and healthier,” and doctors are carefully picking the least risky cases, whereas the more complicated cases are referred to the public system.

“Some call it privatizing the profit and socializing the risk,” Raza said. “It’s a system that I think degrades care for people who depend on the public system.”

Dr. Desrosiers said it patients did not force such long wait lists for family doctors and nurse practitioners; there would be few people willing to pay for her services.

“It’s like a big circle of things not going well.”