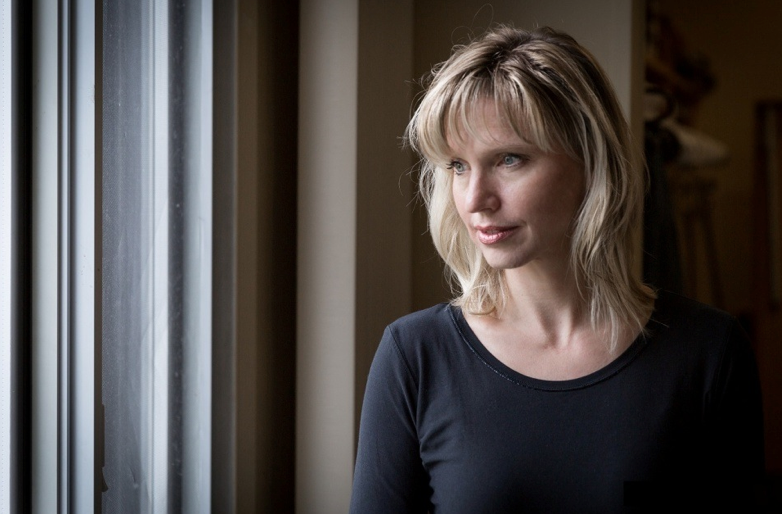 Carolyne Van Der Meer works as Director of Communications for a large company in Montreal and has written the book “Motherlode: A Mosaic of Dutch Wartime Experience” about her mother’s experience growing up in the Netherlands during the Nazi occupation. This busy mom lives in Kirkland, QC.

READING
I recently attended a writing retreat in Vermont so I just read the books from teaching faculty including Connie May Fowler’s “How Clarissa Burden Learned to Fly” and Clint McCown’s “Haints”. I also recently enjoyed “J’adore New York” and “J’adore Paris” by Isabelle Lafleche, a Montreal writer who is also a good friend of mine. I studied English Literature and Creative Writing in university—and during my Master’s, focused on British literature, so authors like Dickens and the Brontë sisters are go-to standards for me. My favorite way to start a Saturday is with a nice cup of tea and a good book!

LISTENING
I’m mostly tuned into Sirius XM in the car. I twist the dial for classic 90s grunge bands like Pearl Jam and Stone Temple Pilots. Other than satellite radio, you’ll find me listening to CJAD or the BBC.

EATING & COOKING
I enjoy Piazza Romana and Café Marmelade in Pointe-Claire; I love the vibe in Pointe-Claire village. I also like to cook, and cater to my family’s growing taste for Indian food with dishes like aloo gobi, saag paneer and vegetable korma. We’re lucky to have so many international markets here on the West Island; whether you’re making Indian, Asian or Lebanese, you can find authentic ingredients and spices. Recently my teenage son has forayed into the kitchen as well, working his way through Melia Marden’s “Modern Mediterranean” cookbook with his uncle. As a family we often eat at Trattoria Mundo on St. Charles Boulevard.

WRITING
“Motherlode” is my first book; it was published by Wilfrid Laurier University Press in 2014. It was a passion project for me that began with wanting to understand my family history, and where I came from. I’d heard the stories about how my grandparents hid Jewish families in a false floor in her 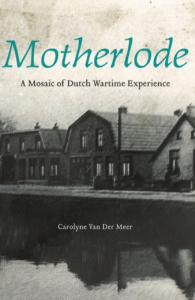 house during the Nazi occupation, and I didn’t want these stories to be lost. My mother experienced wartime tragedy as a toddler and that made me think about my own motherhood, and the connection we have to our community and our times. My grandmother dealt with the SS coming to search the house frequently; she must have been an incredibly strong person with a firm moral certainty, always trying to do the right thing, even as she put her family in danger. My mom has always been a glass-half-full kind of person; she became very resourceful because of it. Family is everything to her and capturing her story became everything to me as I worked on “Motherlode”.

My mother made this book possible by engaging in a correspondence with me about her experiences growing up during the war. The whole process was extremely difficult for her and I have a deep appreciation for the sacrifice she made, dredging up those memories, thereby helping our family to better understand our collective past. Through my research and by reaching out to other people for a wider point of view on wartime childhood, I gained a new perspective on this time in history—and on the effects of wartime on young children. I spent many train commutes threading together the mosaic that became “Motherlode”. And the wonderful byproduct was that I developed a much stronger relationship with my mother. Interviews I did with other people who experienced wartime, either as Dutch children or as Canadian soldiers who participated in the country’s liberation, led to the pre 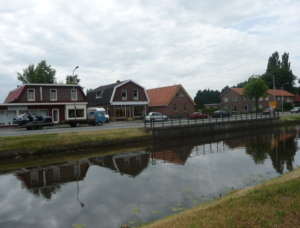 servation of other family legacies. Libby Boelen Emond and David Kucer shared our recorded interviews with family members and felt a great release from this long-hidden past.

I recently read from and discussed “Motherlode” at Clio Bookstore in Pointe-Claire alongside Montreal novelist Ami Sands Brodoff, who wrote “The White Space Between”, a novel that explores Holocaust themes. Our discussion of our books touched on wartime and mothering—which spoke intimately to many of our readers. I’m currently working on a collection of poetry and a children’s novel.

VOLUNTEERING
My son and I volunteer with the West Island Mission, a community organization that provides food and other assistance to West Islanders in need. I’ve also taken on the task of organizing Kirkland’s Terry Fox Run in the fall; I’m a runner, and have focused my fundraising efforts on this event over the last four years, so I’m pleased to fill their need for a new project director this year.  As a family we enjoy spending time at Cap St. Jacques, and our visits help support the organic produce and animal farm there run by D-3 Pierres, an organization devoted to local economic development and environmental protection.

HORSING AROUND
I’ve been a horse fanatic since I saw my first pony at the age of three, says my mother. She ensured that by the time I was seven, I was taking riding lessons—which I continued until I was in my 20s. I love the intuitive nature of horses, how they sense your emotional state and instinctively respond. 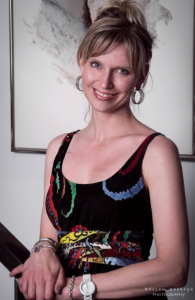 As a small child, I read C.W. Anderson’s “Billy and Blaze” series and Marguerite Henry’s many horse titles, including “Misty of Chincoteague” and “Stormy, Misty’s Foal”. In fact, when I was 10, I had a correspondence with Marguerite Henry—and still have all the letters! As a young teenager, I worked my way through Walter Farley’s “Black Stallion” series—over and over. I still go back to these books and enjoy them.

Kelly Nickerson works full‐time as Senior Director of Marketing & Analytics for a Fortune 500 company, and writes in her spare time. She lives in Beaconsfield, QC.