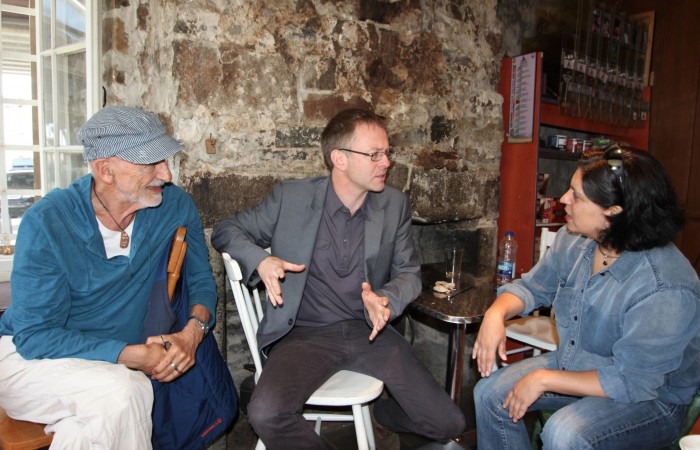 With a federal election coming up earlier than expected, it is important to get to know who we will be voting for. I invite all candidates to contact West Island Blog to allow our readers to get to know those who intend to lead us forward for the next federal term.

Father of two young girls Raya 3 and Violet 1, Ryan Young has thrown his hat into the ring for the NDP in the Lac-Saint-Louis riding.  As a councillor and teacher at John Abbott College his wife Kate likes to say that he already operates at 110% and so she doesn’t see this election being that much different.

As a hometown boy (his words) Young feels he can offer voters what other candidates cannot.

Citing his deep roots in the riding he said “I grew up here, I continue to work here and I live here.”

Young is well-known for being an outspoken environmentalist with local groups like the Green Coalition.  He was on their board of directors from 2004 to 2009.  He strongly believes in restoring and strengthening our federal environmental protection legislation that the Conservative Government has gutted.  Public transit is an important issue on the West Island and he said the NDP would transfer $500 million from the federal gas tax to fund municipal infrastructure and create a national public transportation strategy. 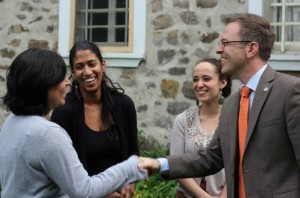 “Canada is the only country in the G7 with no national vision whatsoever for public transit and this cannot continue to be the case.”

We have situation in Canada where health care has not been funded adequately and its quality has deteriorated. The NDP can claim to be the party that got free medicare installed and we want to make sure the Canada Health Act is respected which is not the case right now. Quebec or any province does not have enough funds coming from Ottawa to properly fund health care. Lac-Saint-Louis has a lot of seniors and they depend on quality health care and they don’t have it. It is an important issue.

Greatly influenced by David Bird who was Young’s Scout leader as an adolescent.  It is important to Young that he impress upon his children the love of nature.

“He introduced us to so many things up close and I have consequently passed that on to my daughter Raya.  She knows birds quite well, she cannot use binoculars yet.  But at the age of two she could pull out a bird book and could identify 45 different types of birds.  Now she has moved on knows the names of the ones she might see.”

Having been bitten by the gardening bug while working on a farm in his 20’s he has been participating in the Ste. Anne de Bellevue community garden since 1998.

“I do not have a large enough property for a garden so the community garden works well,” Young explained, “this year we planted tomatoes, cucumbers, sugar snap peas, onions, and carrots.”

“I am not a bad cook but not a good cook. I married a women who went to cooking school.  When it comes to cooking I generally tend to feel inadequate next to her.”

Levine was Jack Layton’s campaign manager.  The non-fiction book discusses insider political views of the Layton campaign  where Lavigne had a front row seat for the ride to the federal opposition leader’s office. Lavigne shows how a dedicated team helped Layton revitalize the party and win 103 seats in 2011.

“This guy can pull off making fantastic desserts with no sugar, using other sweeteners such as agave nectar. The desserts just blow your mind.”

Owner David McMilan grew up in the West Island and went to Macdonald High with Young in Ste. Anne de Bellevue.

“Liverpool house is right next to it’s sister restaurant, Joe Beef, but it’s easier to get reservations,” Young said, “ the menu changes every time but I usually order the fish. I am not a vegetarian but have been at various times in my life.  I care about how the food is raised.  If I eat meat I usually go for local and organic.” 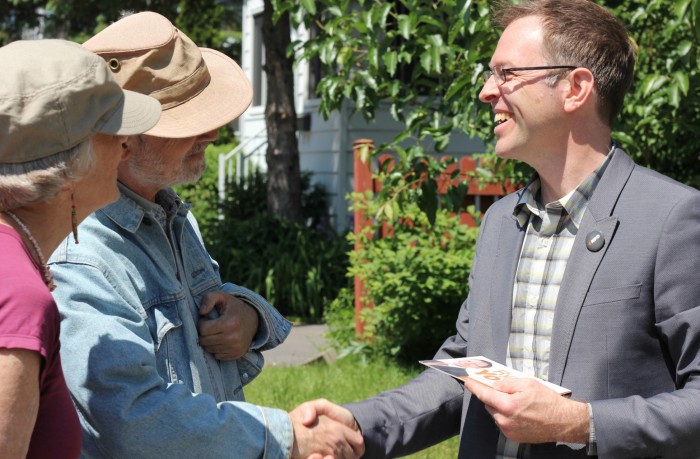