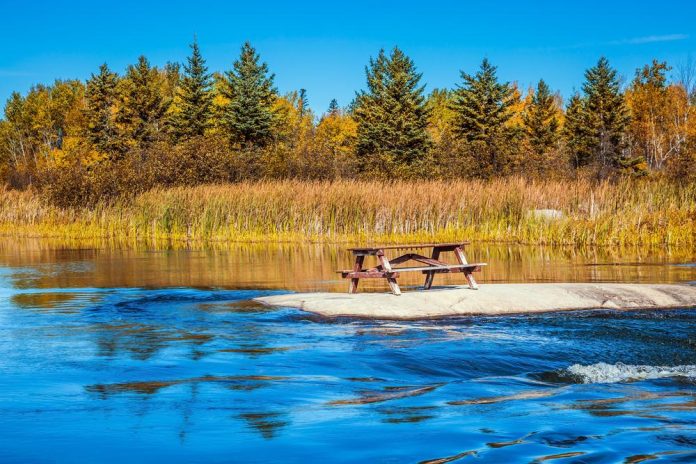 There’s a new COVID-19 hotspot in Canada – Manitoba, which has now overtaken Alberta as the province with the highest COVID-19 infection rate per capita.

As of Sunday, Manitoba has a seven-day average daily infection rate of 33.1 COVID-19 cases per 100,000 people, as per data compiled by Health Canada.

Manitoba was the last province west of the Maritimes to experience a third wave, driven by more contagious variants of concern and exacerbated by people who refused to follow pandemic restrictions and public health orders, according to public health officials.

The number of daily infections in Manitoba has surged in recent weeks, culminating in a single-day provincial pandemic record of 560 new cases on Thursday.

In Alberta, the third wave peaked earlier in May and daily case counts are on the decline.

Manitoba has imposed a series of increasingly tough pandemic restrictions in recent weeks, leading to the closure of places of worship, indoor restaurant dining rooms and gyms on May 9.

“All Manitobans aged 12 and older can now make an appointment for their first dose of vaccine, which will also help bring case numbers, hospitalizations and ICU admissions down in the longer term,” Atwal said in a statement on Sunday.

“Public health will continue to look at a number of factors to monitor the situation in Manitoba, and will take further steps to address the public health risk as needed.”

“Like other provinces and jurisdictions before us, we are in the midst of the third wave and we need everyone on ‘Team Manitoba’ to help protect each other and bend our COVID curve back down,” a spokesperson for the premier said in a statement on Sunday. “We’ve done it before, we can do it again.”

“This is yet another grim milestone for Manitoba and the Pallister government — one that is more than just data points, but real people that are getting sick, isolating from friends and family and even going into hospital,” Kinew said in a statement.

“It may seem hard to remember right now, but things will get better if we band together, follow public health orders and all get vaccinated as quickly as possible.”

Winnipeg in particular has been hit hard by the pandemic’s third wave. Three-quarters of Manitoba’s 4,400 active cases of COVID-19 are in the Winnipeg health region.

Over the last week, the province has averaged 459 daily COVID-19 cases, including Thursday’s case record.

On Sunday, Manitoba announced 534 new cases. The number of COVID-19 patients in Manitoba rose by 17 to 258, including a pandemic-record 71 intensive care.

Modeling launched by Manitoba on Friday suggests case counts could level off this week, however, the number of patients in ICU may continue to rise until the middle of next month.