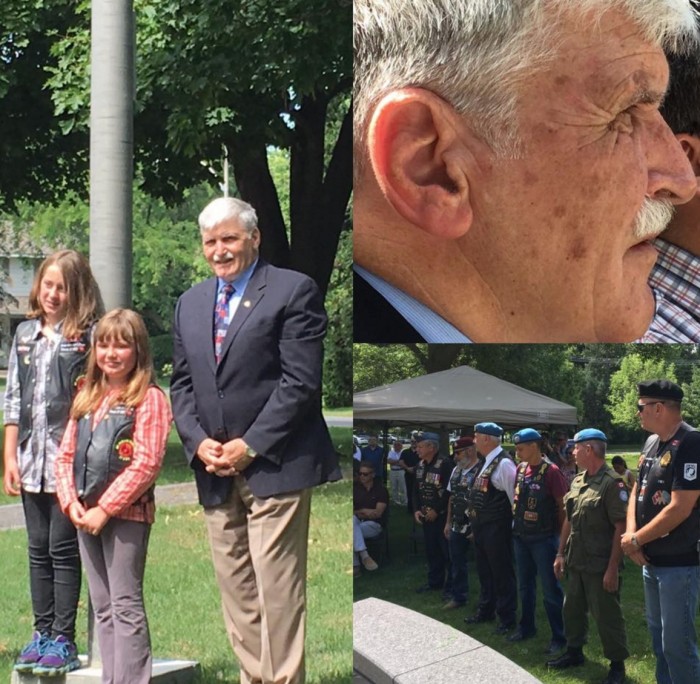 “Where you are born should not dictate your potential as a human being,”  Roméo Dallaire

Lieutenant-General The Honourable Roméo A. Dallaire graced the podium at Heroes’ Park in Beaconsfield on Sunday, July 31, to honor National Peacekeepers’ Day.

In the presence of United Nations Veteran Soldiers as well as soldiers from various organizations, MP for Pierrefonds-Dollard, Frank Baylis, Beaconsfield Mayor Georges Bourelle, Beaconsfield City Councillors Karen Messier and Roger Moss and a crowd of civilians, Dallaire spoke of the truths of children used as instruments of war. 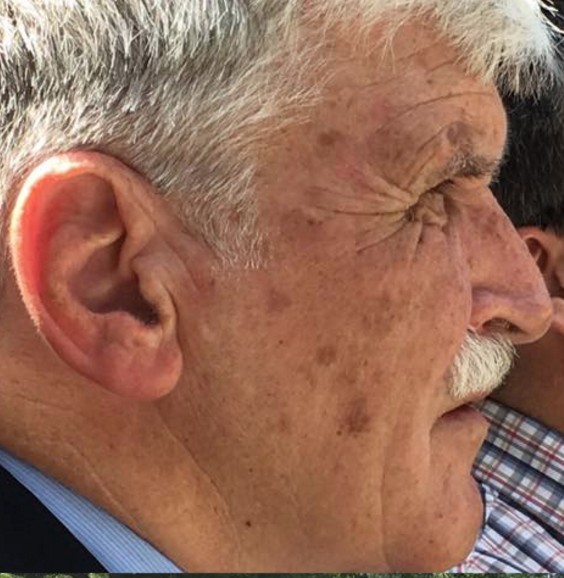 “Veterans reflect every corner of this country; we come from everywhere in the region and the country,” he said. “The 9th of August, National Peacekeepers’ Day reflects the new era, the new wars, the new peacekeeping, the new peace support operations. It also reflects the nature of today’s conflicts where the civil populations are often the victims. Where the civil population is murdered or abused by hundreds of thousands.”

Dallaire said wars today are based on ethnicity, religion and the simple quest for power explaining that humanity is in a complex scenario where countries are destroying their own people.

“A new weapons system came in after the cold war ended,” the advocate for human rights explained. “That system is the use of tens and tens of thousands of children as primary weapons of war of which over 40% are girls. Children are used in every one of the 51 conflicts going on in the world right now. There is not a peacekeeper or peace support operations individual or an NGO who will not face the guns and the horrors of children being turned into a militia, into killing machines and ultimately being destroyed.”

According to Dallaire there is an impact here at home because there is not a conflict on the earth that leaves Canada isolated. 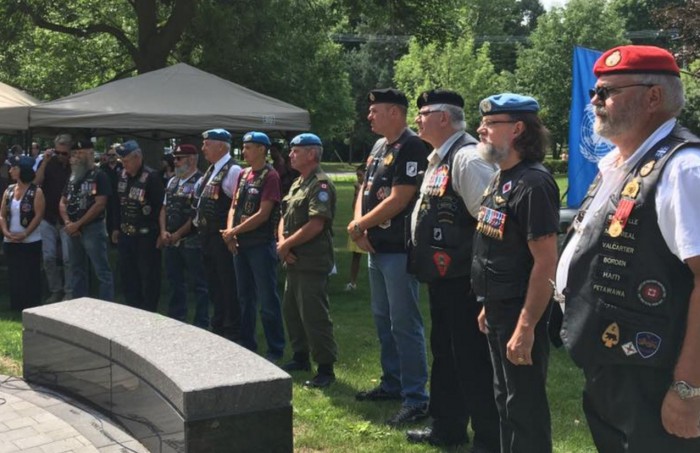 “All the conflicts come back here by refugees, by the wounded by the displaced, by our veterans, UN officers and because the world is so small that it can be impacted by the extremists themselves. They can even recruit the young in our country.”

“For the good of us all, there are some that pay the price more than others. Individually and as well as their families who now live the conflict with the soldiers via social media and today’s technology. In the old days, we only knew of the results of war through an envelope sent home telling loved ones about the fallen. The missions  impact our families as well our members,” he explained.

According to Roméo Dallaire’s biography, he is a retired lieutenant-general, Senator, and celebrated humanitarian. In 1993, LGen Dallaire was appointed Force Commander for the United Nations Assistance Mission for Rwanda (UNAMIR), where he witnessed the country descend into chaos and genocide, leading to the deaths of more than 800,000 Rwandans.

Since his retirement, he has become an outspoken advocate for human rights, genocide prevention, mental health and war-affected children. He founded The Roméo Dallaire Child Soldiers Initiative, an organization committed to ending the use of child soldiers worldwide, and is the author of two best-selling books. 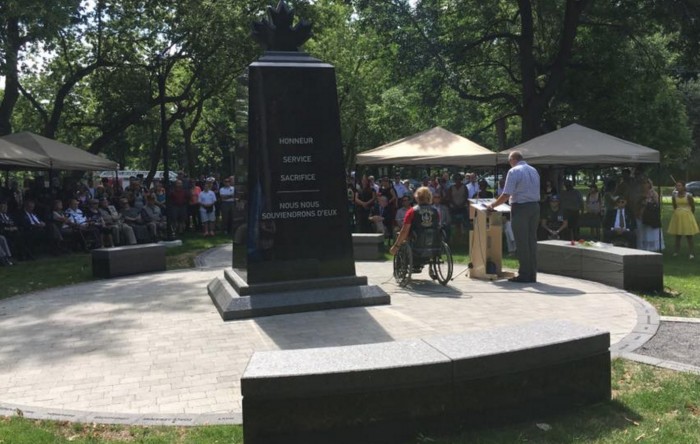