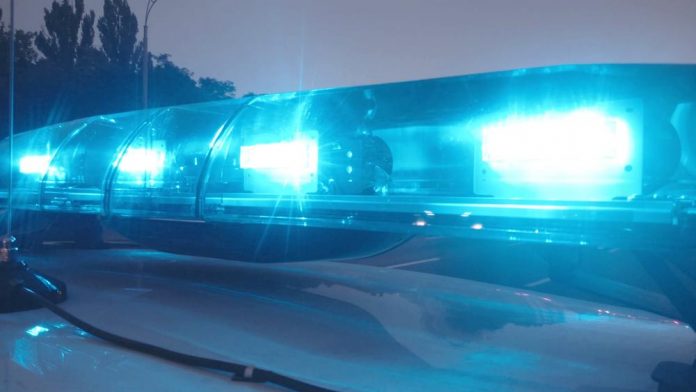 Nova Scotia paramedics and their ambulances are spending so much time in non-productive, non-emergency activities, as per a comprehensive review of the province’s ambulance system that was released at last on Monday.

“Resources (dollars and ambulances) that could be dedicated to emergency responses are unnecessarily deployed to the [patient transfer] system to meet the contract demands,” says the report from U.S.-based Fitch and Associates.

“This is inefficient and ineffective.” The findings go on to say that the system does not take full advantage of “the medical sophistication that paramedics can provide.”

“Although some marginal programs are present, the system relies largely on two outcomes when a patient contact occurs — either the patient is transported to the hospital, or the patient must refuse transport.”

Fitch was given the contract in October 2018 to write a report for $145,000, with an original delivery date of December 2018. The company was tasked with producing recommendations for “the most efficient, effective and sustainable EMS system in Nova Scotia for the next 10 to 15 years.”

After multiple extensions, Health Department officials received the report in October 2019, but would not make it public until a new contract was finalized with service provider Emergency Medical Care Inc. Those discussions started in December 2020, over a year after the report was delivered. The new five-year deal, announced Monday, is worth around $165 million every year. The government has two subsequent options for two-year extensions.

Out of the 68 recommendations from Fitch, 64 are established into the new contract.

At the moment, the government is not working on a recommendation to move to a civilian model for the EHS communications center. It is also passing on two proposed changes related to the scope of practice for employees on the air ambulance service called LifeFlight and a proposed amendment related to staff compensation.

Rising existing fees for ambulance service or creating any new ones for a transfer system is not something being considered at the moment, according to Health Minister Zach Churchill.

The review by Fitch was ordered following repeated talks of paramedics spending long hours at hospitals waiting for space to become available so they could release patients, rather than dropping them off fast and getting back on the road to take calls.

Churchill gave an order on Monday for Nova Scotia Health to come to grips with the offload issue, saying it will include monthly reporting to his department.

The matter is complicated given that it is usually tied to the availability of in-patient beds. This is often affected by people ready to be discharged but without a place to go, like to extended care.

Potential of becoming a national leader

One of those who worked on the report is Fitch’s won senior partner, Guillermo Fuentes, who said the changes will not be easy but will be transformational if they can be achieved.

“It really changes the system design in Nova Scotia to be, in our opinion, future leaders for the country,” he told reporters.

“It’s going to become what the country of Canada is going to aspire to be from [the perspective] of an EMS design.”

Churchill said he and his department officials are devoted to getting the job done. Given how much time is lost to paramedics waiting to attend to other matters or offload patients, the minister believes that transformation is possible using the existing workforce.

“We do have confidence that in improving these system challenges will open up more time for our paramedics to focus on what they signed up for: responding to emergencies and saving people’s lives.”

Paramedics continue to attract attention to times when there has been little coverage in some parts of the province due to ambulances parking outside emergency departments.

Things have proved inconvenient at best, with transfer appointments missed or delayed, and deadly and tragic at worst, when ambulances haven’t been there in a patient’s time of need.

Mike Nickerson, business agent for the institution representing paramedics, said there is hope that the report will lead to changes. He added that he hopes the government includes the union in the process as recommendations are worked on, but at the moment, he is pleased to know their concerns have been heard.

“This report just validates what we’ve been saying all along and what government knew,” he said.

The reported that came out on Monday claims there are serious savings to be gained by tackling these issues of lost productivity, though the estimate of how much is redacted.

It also calls for paramedics to work to their maximum scale of practice, for the community paramedic program to be expanded and for other ways to transfer patients. Nova Scotia unveiled a one-year pilot program focused on non-acute patient transfers this year.

Dr. Andre Travers, Nova Scotia’s medical director of EHS, said giving paramedics the ability to treat a patient and then have them follow up with a telehealth or family doctor, unlike being brought to the hospital if that is not a must, should as well help better how things are done.

“It doesn’t mean we’re always having to transport a patient from Point A to Point B.”

“Nova Scotia should amend policies or adopt legislation, as needed, to allow patients to be treated in-home or transported to alternative treatment destinations, and/or with other transport modes,” as per the report.

The report says patient outcomes must be better response times and that a fresh system utilizing dedicated nurses and doctors has to be established to help refine the amount of time it takes for paramedics’ hand over their patients to hospital staff.

In driving toward that goal, EMC’s contract is planned to offer the

“right resource to the right patient at the right time for the right reason,” according to the province.

Some of the efforts towards that include:

Placing a nurse at the communications command center to assist with low-acuity emergency calls.

The gradual rollout of a non-clinical patient transport service.

Opposition weighs in on the matter

NDP Leader Gary Burill said he is happy that the report is available at last. He said it speaks to system-wide challenges that exist, which work to make paramedics’ work even more difficult.

“[It’s] a system-wide problem that is indicating a health-care system that is overtaxed, under-resourced and inadequately financed.”

Tory MLA Colton LeBlanc, a former paramedic, said he’s hopeful the report leads to positive amendments for his former colleagues, specifically the call for them to work to their total scale of the practice.

“It’s essentially bringing emergency care into homes or along the side of our highways,” he told reporters before expanding on the idea.