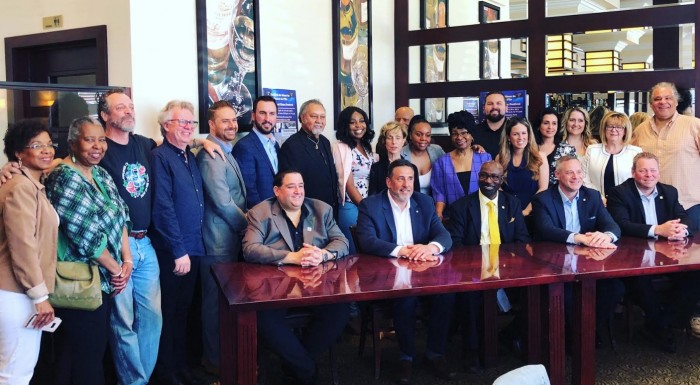 If you can’t get to New Orleans this summer the West Island Blues Festival is the next best thing.  Over  the past 15 years, the festival has blossomed into a professional style event that stops at nothing to win the West Island audience and has donated hundreds of thousands of dollars to local non-profit organizations. This year is no exception.

The festival’s organizing committee, including Errol Johnson, City Councillor in Dollard-des-Ormeaux, Dimitrios (Jim) Beis, Borough Mayor Pierrefonds-Roxboro, and Benoit Langevin, Borough Councillor Pierrefonds-Roxboro, as well as the representatives of major sponsors, Allstate Insurance and the TD Canada Trust Bank announced at a press conference Monday, that this year will be a show stopper.

The festival is divided into two events.  The VIP event will take place on May 24 at the Pierrefonds Cultural Center. Tickets for this event will set you back $100.

The free festival will heat up the heart of Dollard Des Ormeaux on June 16.  Participants can expect to hear the soft sounds of Brothers in Blues, Miche Love & Louis Janelle Band, Riot & The Blues Devils with guest Dwayne Dixon, Brian Greenway’s Blues Bus, and finally 5 Avenues.  Food and Beverages are available for a nominal cost.