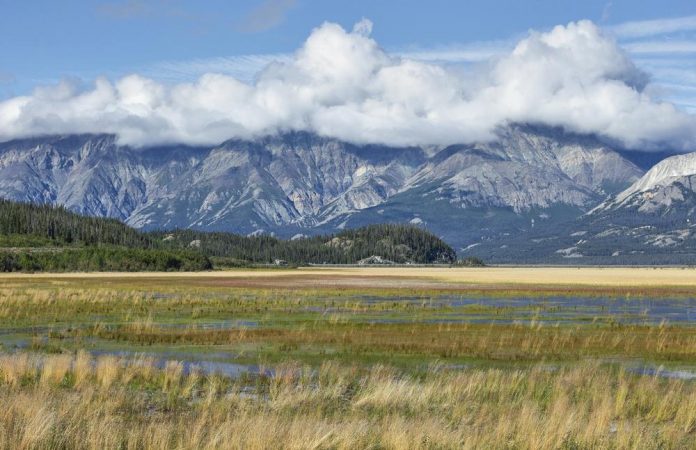 In Dawson City, Yukon, Lana Welchman recently had the chance to enjoy something many Canadians can only imagine right now – a live concert.

Speaking to The Current during a concert at the Dänojà Zho Cultural Centre, Welchman said,

“It means a lot to me to be able to watch live music again. It’s been a long, hard year.”

Whereas some restrictions are still in place, the return of live music and some kind of normalcy has been permitted by low COVID-19 cases and high vaccination rate in the city. Welchman, a musician by profession, said it means being to perform in front of a crowd again.

said Welchman, who is also the director of the Klondike Institute of Arts and Culture.

“Just being able to connect with people, connect with music again and be able to use our voices, that’s such an important place to be right now — while being mindful that we are still in the midst of a global pandemic.”

Yukon has two active cases of the disease as of Wednesday, and around 70% of the population has received their first dose of a COVID-19 vaccine. 49% of the eligible population has been fully inoculated.

Those numbers are in contrast to the rest of the country, where only over 9 million initial doses have been administered, but just 2.22% of the total population are fully vaccinated.

But for businesses in Dawson City that rely on tourism from outside, the rest of the planet can’t catch up quick enough.

Viki Paulins is the manager of Diamond Tooth Gerties Gambling Hall, a gold rush-themed casino where staff wears periodic costumes and customers are treated to stage shows every night.

Her joint was closed for months at the beginning of the pandemic in 2020, and only saw a bit of their normal business during summer.

“We are lucky to have a great Yukon community who has still come up to support us throughout this time,” she told Galloway.

“But we do normally have quite a few people traveling through tour groups or just independently in RVs.… Without that, we’ve noticed a huge decrease in revenue over the past year.”

Can’t get my feet underneath me’

Tourism in Yukon accounts for 5% of the territory’s GDP, the second-highest percentage in the country. There over 400 businesses directly related to tourism and in 2019 the sector employed 2,000+ employees, as per the Tourism Industry Association of the Yukon (TIAY).

“It represents just under half a billion dollars of revenue coming into the Yukon,” Neil Hartling, chair of TIAY, told CBC News in January.

“The streets are full of people and that’s outside people, outside money, and we really miss that,” he said.

Whitelaw owns the Triple J Hotel, and a paddlewheeler boat offering tours on the Yukon River. During the pandemic, he sold a third business, catering for hunting and outdoor enthusiasts.

“In 2019, I had 100 employees running these three companies and we did about four-and-a half million dollars in gross sales,” he said.

“Last year, I did less than a million and employed maybe 40 people.”

He said that change has been heartbreaking.

“During these times, it’s kind of like a deer out in the middle of a frozen lake. I just can’t get my feet underneath me or seem to reach out to shore yet.”

In December, Yukon’s government published a “relief and recovery plan” geared towards getting the region’s tourism sector back on its feet within 3 years. Destination Canada, a Crown corporation, has forecasted that it might take up to 5 years for the sector to rebound countrywide.

The plan promised more marketing to attract visitors, but additionally safety measures to reduce COVID-19 risks. It came a few weeks after the region’s government pledged $15 million to the tourism industry over the next 3 years, with $5.6 million for relief and $450,000 for recovery will be distributed by April 2021.

Pailins said keeping her doors open will depend on government help.

“We operated last year at a bit of a deficit. We are budgeting this year as well to end the year at a deficit,” she said.

“How many years in a row can you run a deficit and still come out at the end?”

Given the uncertainty of past year, she is hesitant to speculate regarding what lies ahead but finds hope in the support of her workers and community.

“We’re ready to ride this out the way it is right now, and if things change and we are able to open up a little more or facilitate some more people in our venue, we’d be very grateful,” she said.

“For now, we’re just very grateful for Yukoners to travel around [and] spend money internally, and see if we can get each other through.”