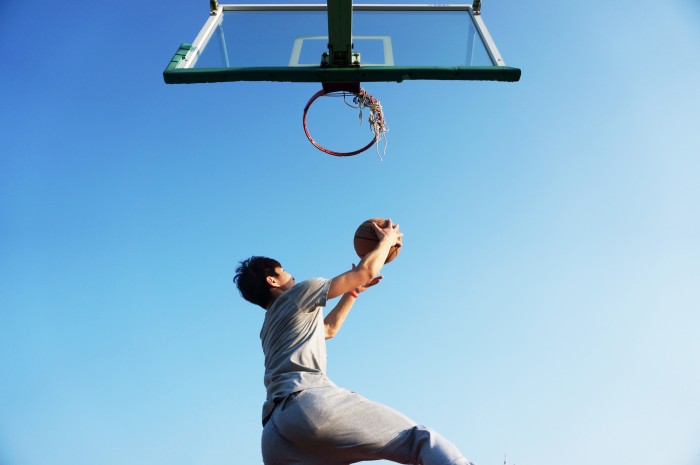 For an eighth consecutive year,  Action Jeunesse de l’Ouest-de-l’Île (AJOI) is finalizing the preparations for Les Jeux de la rue de l’Ouestde-l’Île, which consists of recreational (sports and cultural) events. The winning teams of the preliminary tournaments will represent the West Island at the regional competitions of Les Jeux de la rue in August.

For the past eight years, AJOI has offered free recreational activities throughout the year on the West Island of Montreal; these sporting activities are held in open gyms during the school year and Les Jeux de la rue de l’Ouest-de-l’Île during the summer period.

The park animation offers a diversified program that meets the needs expressed by the youth of the sector, offering them platforms to flourish through various sporting activities during the summer. It provides a great way to spend leisure time all while allowing young people to experience a pleasant and stimulating environment, in addition to promoting a healthy lifestyle. Les Jeux de la rue de l’Ouest-de-l’Île is a wonderful opportunity for young people to take ownership of their public space in a positive way and to form new bonds based on respect for themselves and others, as well as their environment.

On the agenda this summer: soccer and basketball tournaments, urban street art and much more! The activities are open to all youth between the ages of 12 and 24 years old. Join in! Participate and have fun… it’s FREE!

The basketball competition of the 2018 edition of Les Jeux de la rue de l’Ouest-de-l’Île will start at 10:00 AM on July 28th, 2018 at Centennial Park in Dollard-des-Ormeaux (postponed until July 29th, 2018 in case of rain). The soccer competition will start at 10:00 AM on August 4th, 2018 at Parc Grier (Pierrefonds). Regional finals will be held August 15th at Parc Jarry, starting at 9:00 AM. For more information about the project, citizens can contact Carine, AJOI coordinator of the recreational activities, at 514-546-2270. Team registration must be completed 30 minutes prior to the tournament, according to each age group. 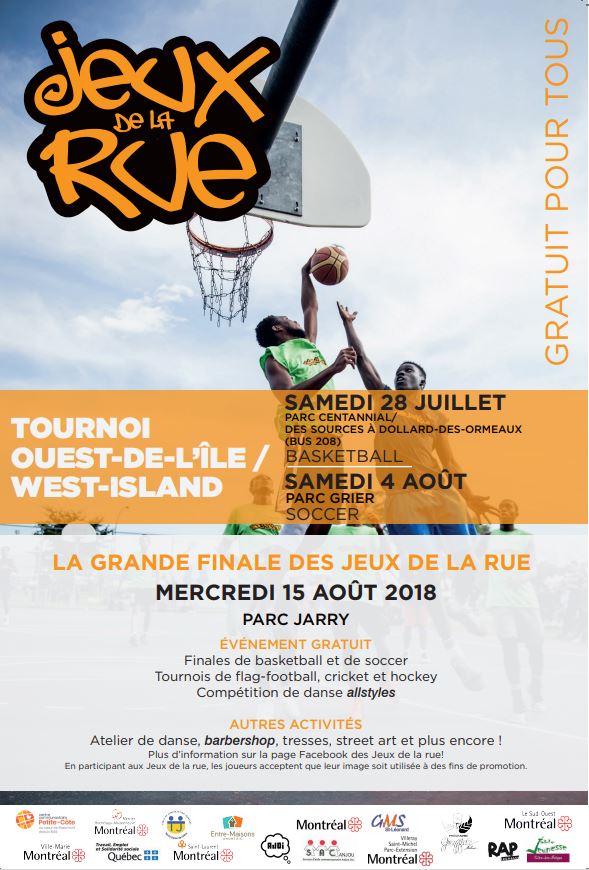 ABOUT AJOI
AJOI’s mission is to establish and maintain outreach street work intervention to at-risk youth, aged from 12 to 25 years in the West Island of Montreal. Since 2007, AJOI has been offering services ranging from listening and support to resources and referrals for youth facing different issues: homelessness, drug and alcohol addiction, poverty, mental and physical health challenges, judiciary problems, psychological distress, etc.