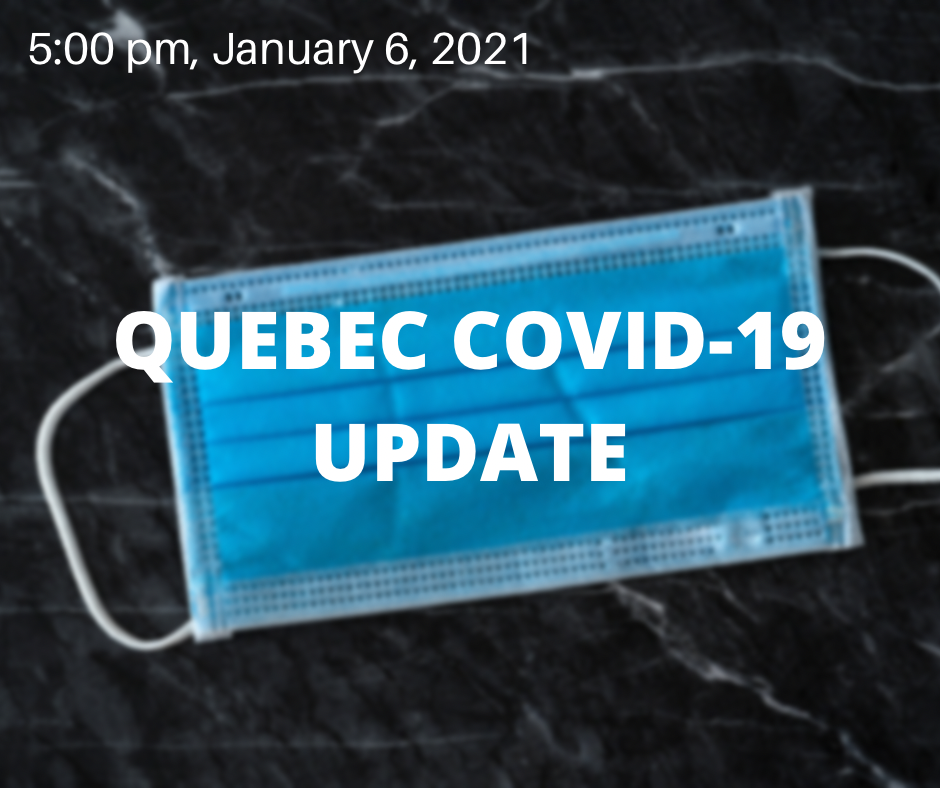 François Legault imposed a curfew from 8 p.m. to 5 a.m. as of this Saturday what he called a “shock treatment” to force Quebecers to isolate themselves at home in order to break the second wave of the epidemic. Infractions will be subject to a fine.

As of Saturday and until February 8th, citizens will be prohibited from moving outside their residence during the curfew in Quebec, the Premier announced on Wednesday. However, the territories of Nunavik and Terres-Cries-de-la-Baie-James will not be affected by the new directive.

Only travel for health care, humanitarian reasons, or when an essential worker comes to work will be allowed. Legault called out PM Justin Trudeau, asking him to be more diligent with returning travelers.

The police will be on the lookout and will be able to intercept citizens who venture outside their homes from 8 p.m. to 5 a.m., warned François Legault.

“The situation is critical and serious,” he insisted, “but the vaccine is the light at the end of this long tunnel.”

Fines await those who fail to comply with the new rules. Public Security Minister Geneviève Guilbault is due to clarify the extent of the sanctions on Friday.

Grocery stores will have to close at 7:30 p.m. to give employees time to get home and customers to finalize their shopping before the curfew falls. Pharmacies will remain open as will gas stations.

The re-containment of Quebec does not stop there. The closure of non-essential businesses will continue for four weeks. The government, however, has been sensitive to the arguments of retailers and will allow collection at the door, without entering the shops.

After reflection, the government opted not to postpone the return to school of primary school students, who will be able to meet their classmates again from next Monday. Small schoolchildren will, however, have to follow more stringent health measures, such as wearing a mask in class for children in fifth and sixth grade.

High school teens will have to continue to take their distance education next week but will be back in school on January 18. When they return to high school, they will be required to wear procedural masks in class.

“For me, school is the priority,” said the Prime Minister. “We must continue to educate our children. He urged grandparents not to babysit if they were in the high-risk age group over 65 years old.

François Legault invites parents who can keep their young children at home, but daycare centers will still remain open for all during this second confinement.

Skiing and outdoor sports are allowed.

Confined and isolated at home during the curfew, Quebeckers will still be able to indulge in outdoor sports, which will now be limited to the family bubble. Cross-country skiing and downhill skiing will be possible, but only during the day.

The province is currently able to handle and inoculate four times the amount it is presently. Legault said they could vaccinate what the Quebec allocated amount of vaccines in one week. There are none on hold in Quebec, contrary to the rumours. Quebec is slated to have 233,000 vaccines for January like all Canadian provinces.