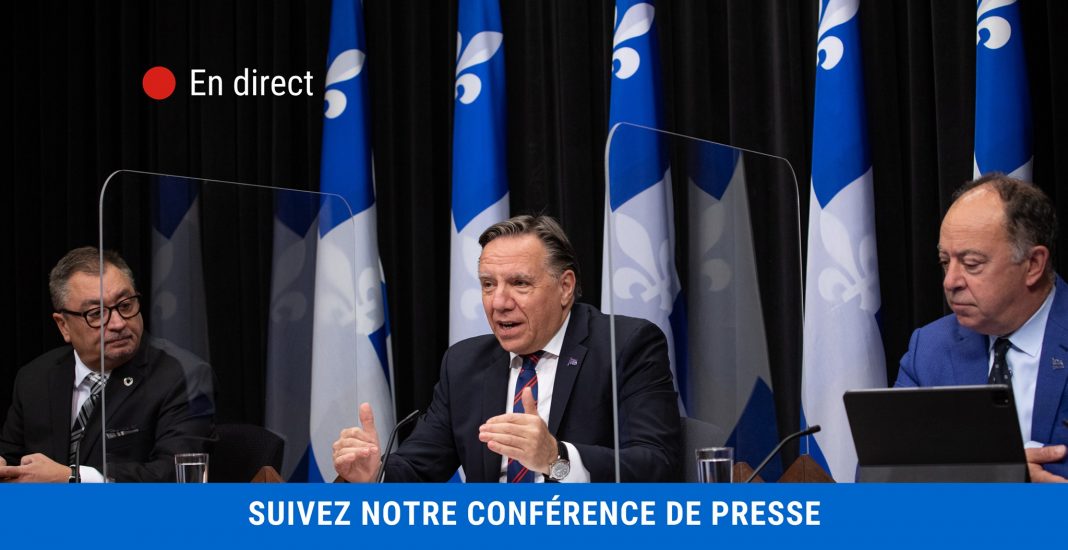 In a press conference this evening François Legault, Premier of Quebec, announced additional measures to flatten the COVID-19 curve and lessen the stress on Quebec’s healthcare system. The highlighted interventions include an extension of the 28-day period of increased restrictions for another 4 weeks, allowing a 4 day window for family gatherings on Christmas with reduced contacts before and after gathering, and changes to the winter break schedule for Quebec schools.

The Quebec government has reviewed several strategies to prevent the sharp rise in COVID-19 cases that are expected after the holiday season.

Premier Legault is proposing a moral contract to Quebecers, in exchange for four days of allowed gatherings the government is requesting reduced contact with others for one week before and after the gathering to limit the risk of contagion. Anyone who has symptoms may not join others for gatherings on December 24, 25, 26 and 26.

Legault reminds Quebecers to respect the usual precautions during these gatherings: respect the two meters and wash your hands regularly.

“We are asking that you do all that you can for the week leading up to and the week after December 24-27 to reduce contact with others,” asks Premier Legault.

Legault pleads with employers to work with employees and provide remote work whenever possible.

Premier Legault also asks schools and teachers to offer remote learning for December 17 through the 22 where students will be able to meet with teachers at least once a day.

There will be no change for primary schools – they will open January 5th, 6th, or 7th depending on the region. For high schoolers, school closures will be extended to January 11th. Schools who provide specialized services will remain open.

Premier Legault announced the decision to offer a temporary period of online learning and extend schools’ winter break this year to combat the ominous COVID-19 curve. This means that remote learning will begin on December 17 across Quebec and students will be expected to return to classrooms on January 5th, 6th, or 7th depending on the region.

This move will allow family gatherings for Christmas to occur, but New Year’s Eve/Day gatherings are prohibited, per public heath recommendations.

Premier Legault announced the decision to enter into a moral contract with Quebecers to allow gatherings of a maximum of 10 people to occur for four days around Christmas Day with no limit on the number of households people can come from. Also announced is the extension for schools’ winter breaks for an additional week. This means that high school students will be expected to return to the classroom on January 11.

“All efforts that we can deploy as of today will increase our chances that we will have gatherings around Christmas time,” reminds Legault.

The Quebec government reminds people that modifications may be made to these announcements in the future, depending on the evolution of the epidemiological situation. Legault stresses that this is a big “IF”.

Daycares will be closed except for essential services employees during this period.

Restaurants, gyms, and show rooms will remain closed and will be re-assessed for reopening on January 11th.

“We are working very hard on the vaccination campaign. Although the war is not over, we can see the light at the end of the tunnel,” assures Premier Legault.

Per the Government of Quebec, the latest data of the evolution of COVID-19 over the past 24 hours in Quebec reveal:

Summary Data Evolution Table (Read the content of note no.1)

Take a break from the stressors of the world by checking out Montreal Technoparc’s enchanting Wildlife!