Two years after the Town of Kirkland lost its legal appeal in the defamation suit against resident Sergei Brovkin over comments made on the Kirkland Citizens Association site, the Ministère des affaires municipales, des régions et de l’occupation du territoire (MAMROT) issued a letter to the town in response to a complaint made by Brovkin.
“I asked them if it was appropriate for the town to use public funds (this way),” said Brovkin of the lawsuit that alleged District 8 Councillor André Allard was defamed. Brovkin made the request following a similar suit in Pierrefonds between Councillor Bert Ward and blogger Michael Labelle.

“Everyone pays their own expenses and Councillor Ward paid from his own pocket. I knew that this was the rule,” said Brovkin. “I just wanted the rule to be publicly repeated.”

Mayor Michel Gibson confirmed receipt of the July 25 letter but said it required no action on the part of the council.

“In relation to the actual defamation suit, the town’s position is still the same,” Gibson told Your Local Journal. “When we filed the defamation action, it was jointly by the Town of Kirkland and its council.”

Gibson said the suit was filed following advice received from the town’s lawyers and council still stands by that legal opinion. The suit was initially thrown out of court in March, 2012, and the town then lost upon subsequent appeal in August, 2012. At the time, Brovkin’s attorney, noted human rights lawyer Julius Grey, referred to the win as a “victory for freedom of expression.” 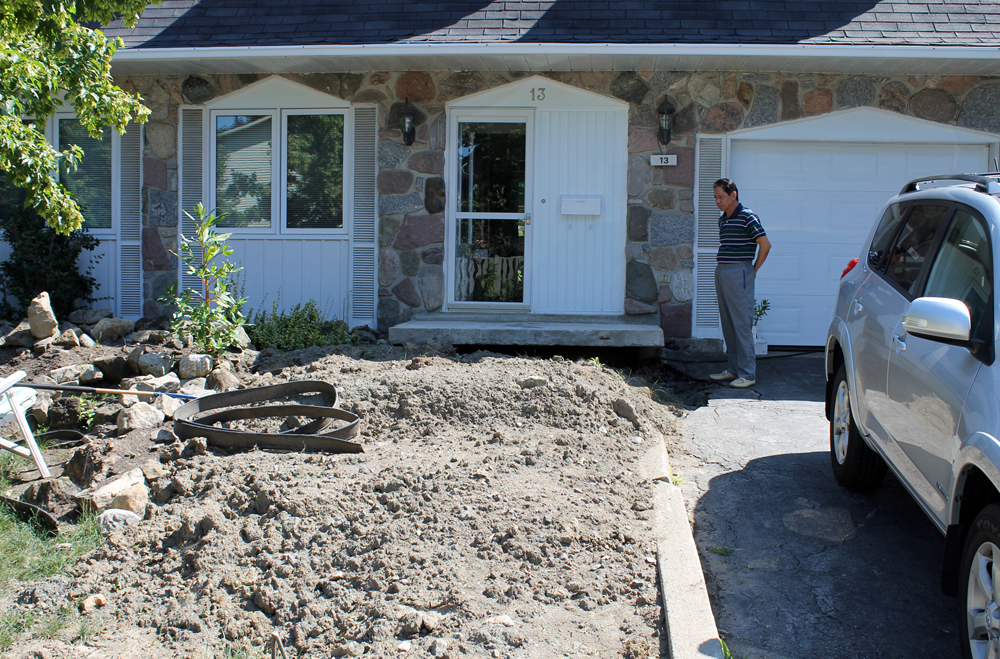 The letter from MAMROT states, in part, “…it is generally understood that it is for elected officials to bear the costs relating to legal proceedings when they deem (themselves) defamed…”
“They’re not forcing us to act on their suggestion,” said Gibson. “Council saw the letter and decided we’re maintaining our position. They (MAMROT) acknowledge we acted on legal advice.”
Following the recognition the town was adhering to legal advice is a paragraph stating, “However, payment of a portion of the bill concerning the councillor would be a gesture that would help to strengthen the bond of trust between the public and elected officials.”
As of press time, the Town of Kirkland declined to respond to requests on the identity of their legal representatives or the costs incurred with pursuing the initial legal action and the appeal.

Small Claims Court
The contentious cross-connected pipe issue that extended back to the previous administration is not yet over as three residents have filed suit in Small Claims Court to recoup the amounts they’ve spent in fixing the respective homes’ sewage connections. Though Kirkland offered residents reimbursement  of up to $5000 (this from a previous amount of $1800) stemming from a town environmental fund to fix the pipes, the plaintiffs are taking exception to an agreement that asks participants to sign a waiver that absolves the town of any future liability. In its current iteration, the agreement includes the clause, “The present contribution agreement binds the Beneficiary and his successors, heirs and assigns.
“In December (2013) they promised to give us a new version of the agreement,” said Brovkin. “We got the new text and I don’t see any change.” Along with Brovkin, residents Philomena Netto and Benjie Calcetas are pursuing the town for expenses incurred in correcting the plumbing problem. Small Claims limits its claim amount to $7000.
Gibson pointed out that approximately 200 residents have signed the waiver and expressed they are happy with the repairs done by the town.