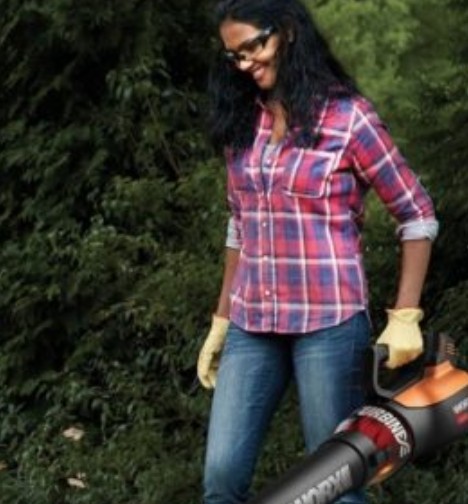 Despite a tremendous amount of resident pushback, starting next year, the City of Beaconsfield will implement new regulations for electric and gas-powered leaf blowers in order to reduce their negative effect on human and animal health as well as on air and noise pollution.

“This new regulation aims at protecting health and supporting our sustainability efforts with a view to ensuring our quality of life, preserving our fauna and flora, and reducing air and noise pollution caused by the use of leaf blowers in the summer”, explains Mayor Georges Bourelle on behalf of Municipal Council.

In keeping with the council’s mission to help achieve the environmental targets determined by the governments of Canada and Québec the city will add this to the list of initiatives such as pay as you throw garbage collection, home composting, guidelines for the consumption of drinking water, the protection of Angell Woods, restrictions related to harmful emissions from wood-burning appliances and the installation of electric charging stations and the acquisition of electric vehicles.

Under the new regulation, leaf blowers will be allowed from October 1 to May 31.

Not all residents are in agreement with the new regulation to be voted in officially on July 9, at 8 p.m. at the public meeting.  Beaconsfield Neighbours for Neighbours Facebook page has been flooded with complaints that residents hope will fall on the open ears of the city council. Residents are referring to the issue as Leaf Gate.

Andrea Short expressed her displeasure in an email to her councillor where she states that she would prefer a restriction rather than a full ban during the summer months.  One resident at the last public council meeting that she needed to use the leaf blower because she had back surgery that prevented her from raking and sweeping.

“Please be advised, that our household, comprised of 3 voting individuals, stands firmly against the idea of banning the use of leaf blowers during the months of June to September,” she wrote in her email to Councillor David Newell. “We would be open to a modified usage schedule but not the outright banning during that time period.”

She also expressed her upset that the council will not be sharing the survey taken on the subject that polled residents this past spring.  The survey has been requested by more than 300 residents in an legal access to information request signed in the active Facebook group.

“Do I really care about leaf blowers? No. Am I livid about the underhanded and bullish way this is being handled? 100%,” she expressed. “If the city uses my money to pay for a survey, I want to see the results of it. Attempting to placate the masses with a propaganda package will add fuel to the fire rather than get people on board with The Plan.”

While Councillor Newell chose not to share the coveted survey results he did indicate that the survey was not the only tool used by council to come to the conclusion to ban the noisemakers.

“As for the survey, this is just one of the tools the city used to help formulate a proposal,” Newell responded in an email to Short.” It was not a referendum on leaf blowers nor was it a FB survey without the rigor of a professionally run study ensuring proper representation by district and assurances of covering the various demographics of our residents with an independent review. So it was simply a tool showing what residents know (i.e., awareness ) and helped us to highlight what residents don’t know about this topic.”

The City of Beaconsfield hopes to minimize the most important health risks and pollution problems caused by these tools while permitting them for spring cleaning and leaf pick-up in the fall. Both types of leaf blowers (electric and gas-powered) generate decibel levels well above the limit (55 decibels) recommended by the World Health Organization (WHO) and the Département de Santé Publique de Montréal (DSP).

According to Dr. Allen J. Dozor, chief of pediatric pulmonology at the Maria Fareri Children’s Hospital at Westchester Medical Center (New York), said that poor air quality is a major concern, but that there are many causes in addition to leaf blowers.

“Leaf blowers can trigger asthma attacks, but so can cars, trucks and pollution,” said Dr. Dozor, who is also director of the hospital’s center for pediatric environmental health (New York Times). “It’s smog and soot and anything in the air. The children are the canaries in the coal mine — the most sensitive and the most likely to suffer.”

According to the WHO and DSP, air pollution is responsible for the premature death of 4.2 million people worldwide, and of 1,500 citizens in Montréal.

“The mission of the City that we are all proud of, and its sustainable development plan help ensure the health and safety of present and future generations of Beaconsfield residents,” concludes Mayor Georges Bourelle.