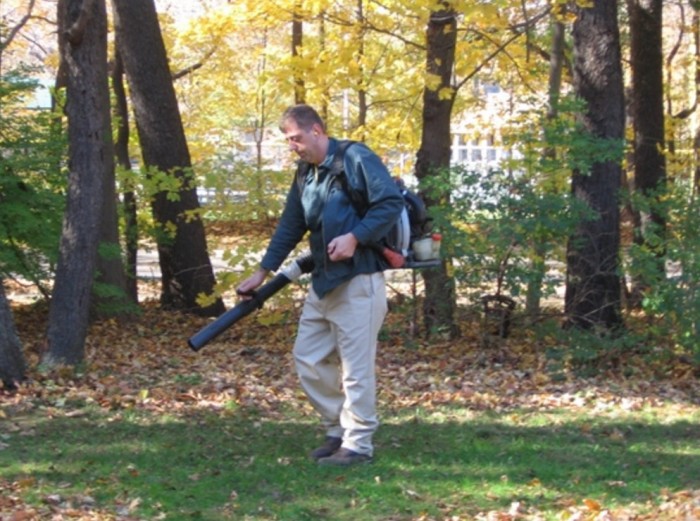 Next public meeting in Beaconsfield holds an item on the agenda to ban leaf blowers from June through to September.  The proposed bylaw change has caused an upheaval in the town due to the large property sizes and huge tree canopy where use of a leaf blower can make clean up quicker and easier for lawn companies and private residents alike.

“As a landscaper, this poses a risk for my business by making the man-hours my team spends on job sites less efficient and therefore longer workdays spent on properties,” he stated in an email to the city. “I am not writing to you, however, to describe how this will affect my business but rather how this bylaw will negatively impact my clients and your citizens of Beaconsfield. I do not believe this bylaw has been completely thought out, despite the good intentions being environmental and noise-conscious,” he stated.

“If this bylaw were to pass, myself and all other landscaping companies would not be able to offer to same quality of service that our residents of Beaconsfield so greatly appreciate and are accustomed to receiving,” he explained.

According to an email from Urban Planning Director Denis Chabot, the use of leaf blowers comes on the heals of many complaints from residents.

“The proposed bylaw stipulates that it would be prohibited to use any type of leaf blowers between June 15 and September 15 of each year. The propose bylaw is the result of numerous complaints from citizens, up to a point when the Beaconsfield Environmental Committee (BEAC) was asked for a formal recommendation,” Chabot stated in a response email to a Church earlier this week. “The committee took into consideration, mostly the environmental nuisances that this equipment generates (noise, dust & gas pollution). Also during last spring’s citizen forum, leafs blowers came out as one important source of concerns amongst the citizens. It was also reflected in a survey that was done at the same time.”

The final adoption will take place at the next Council meeting on Monday, March 21,  at 8 p.m. at  Beaconsfield City Hall.