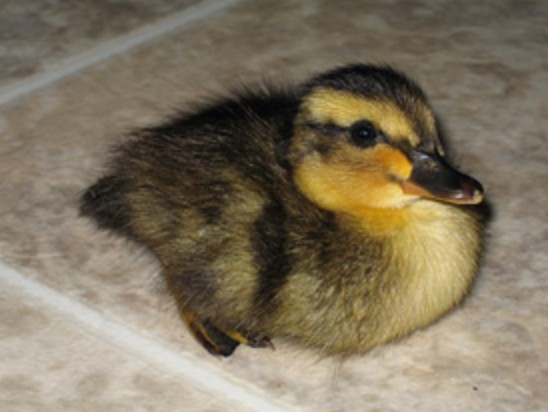 What do you do if you find a lost or injured bird? One possibility is to take it to Le Nichoir, the non-profit centre in Hudson that helps rehabilitate up to 1,500 wild birds every year.

When my son Dj and I were going to get a pizza at Cugini’s on Elm in Beaconsfield, we came upon Fuzz, a lost duckling running for his life. He was a mallard duckling we later learned. He somehow got separated from his family and after much searching he, nor we, could figure out where his parents and kin were.

The Sherwood Forest Animal Hospital is conveniently located in the same mall where we found Fuzz. They were of tremendous help and guided us on what to do in the event of finding a lost bird. They called Le Nichoir and left a message regarding the situation. Unfortunately, the accreditated 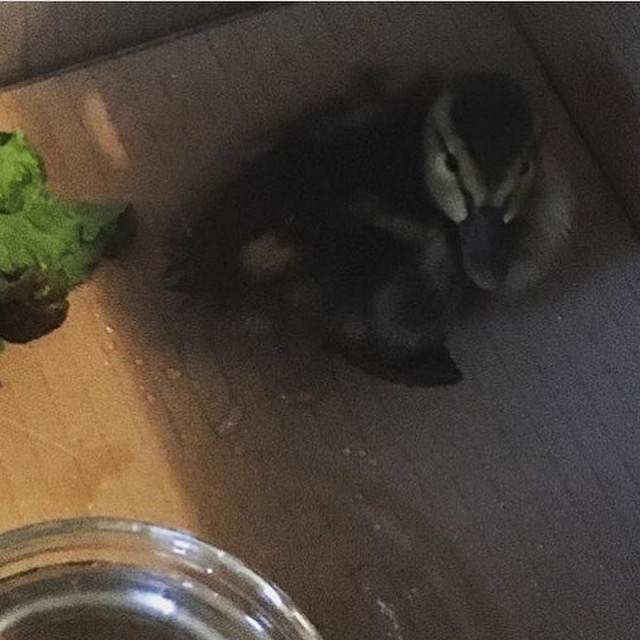 was not open until morning.

The animal hospital gave us a box for our little friend and set us on our way. We gave him water in a glass bowl and some lettuce leaves to nibble on. Fuzz dunked in the water and threw the leaves around but did not eat anything. We later learned that this baby bird needed warmth and silence, along with the water and leaves. We placed him in the garage overnight in his box.

We were the first to present ourselves to Le Nichoir at nine a.m. in hopes of finding a forever home for Fuzz.

Luck was on our side; actually, luck is on the side of all our lost feathered friends who land at Le Nichoir. Fuzz was quickly assessed and then placed in an incubator with several other lost ducklings. According to Le Nichoir, at that time, there were more than 100 ducks being cared for. Fuzz would bond with other ducks his own age and be transferred to a larger bird enclosure where he will learn to brave the elements and get prepared to go back into the wild at that time.

The Centre cares for an annual average of 1500 wild birds; aquatic, insectivore and passerine representing over 100 species. No charge is asked for any of our bird care services.

Le Nichoir has two full-time employees, 80 volunteers plus, in the busy summer months, five students. It fields 5,000 calls every year from people seeking information about how to handle an injured bird and about 3,000 visitors drop by the facility to see birds in the process of being rehabilitated. People from 140 towns throughout Quebec have brought injured birds to the centre.