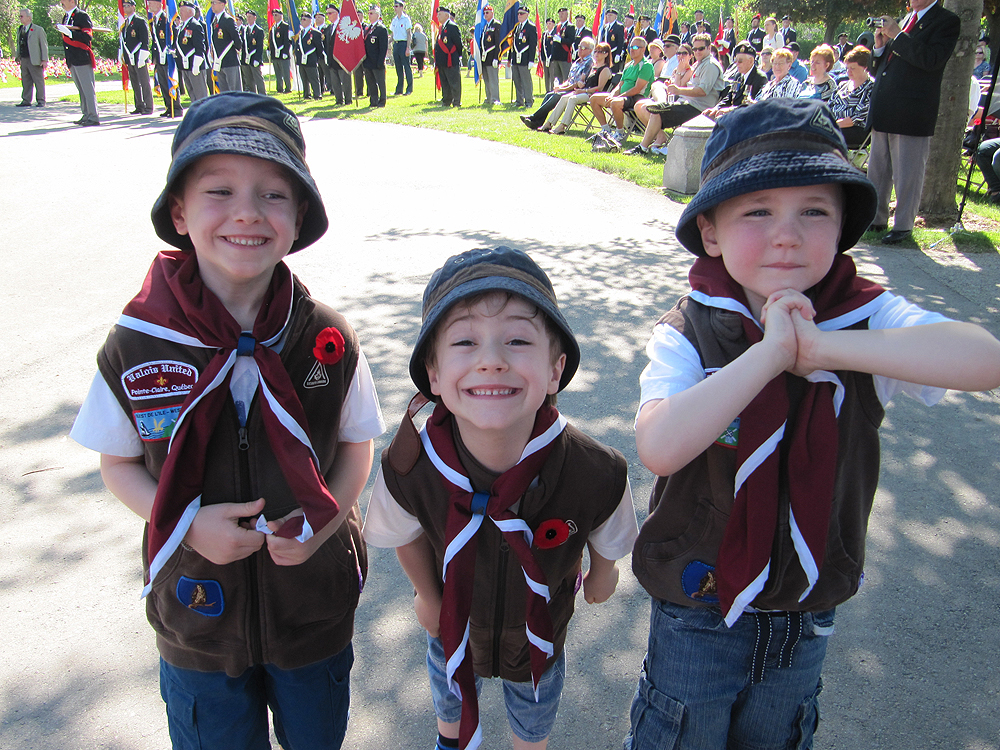 The ceremony pays tribute to the Canadian and allied veterans buried at the Field of Honour. Many dignitaries and politicians were present to lay wreaths in honour of fallen soldiers.

Three six year old Valois beavers were amongst the guests to lay a wreath. James Hansen, James Iocco and Aiden Hill were privileged to join the many who graced the National Field of Honour on that sunny day.

Aiden’s mother, Susan Lecouffe, is a leader for the Valois United division of Beavers and has a particular bond with the National Field of Honour. Her father Gerard Lecouffe is buried there. He was a rear gunner in a landcaster bomber in world war two. He signed up to serve at age 18 and was sent over seas until the end of the war in 1945.

“As a teenager we used to visit the Field of Honour together,” Lecouffe explained in an interview with The Suburban, “he had always hoped he would be buried here amongst his fellow soldiers.”

Lecouffe is teaching her son about the sacrifices made by those who serve. Together they attend the ceremonies each year to continue the tradition her father gave her.

The Silver cross mother, who lays the wreath on behalf of all the deceased veterans, Nicole Beauchamp took a special moment to thank the boys for their contribution. The silver cross mother lost her son in Afghanistan in 2007. Corporal Nicolas Beauchamp is also buried at the National Field of Honour. The mission in Afghanistan began in 2002 and ended this past March.