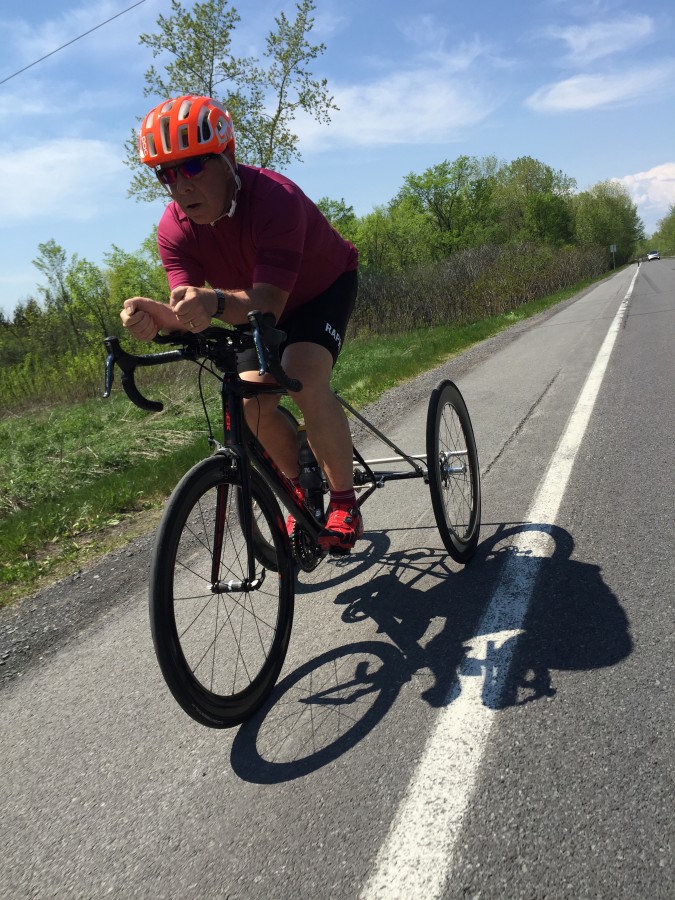 When Kirkland’s Mike Shetler woke up after three weeks of being in a coma, he did not remember much about the 2012 bike accident that cost him life as he had come to know it.  Shetler suffered a severe traumatic brain injury (T.B.I.).

“I do not remember much anything  about the accident,” he explained, “I was in a medically induced coma for 3 weeks, intensive care for several months and then a rehab hospital for several more.” 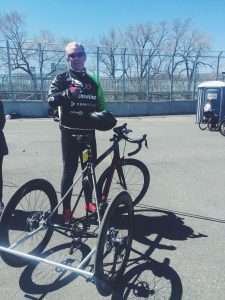 Before the accident, Shetler was an active 55-year-old, competing as a ‘middle of the pack’ long distance triathlete, finishing three Ironman events.  He enjoyed downhill skiing and tennis among other activities.

“I worked alongside my wife Cathy as we built the Mansfield Club in Pointe-Claire over the years,” he said. “While she is still working there and I am still a shareholder, I am on long-term disability and no longer working.”

After being brought out of the coma, Shetler had to relearn virtually everything, from walking to brushing his teeth.

“I was left with moderate Ataxia, which affects my balance and coordination, and some cognitive issues.”

Only two short years after the accident, Shetler  believes he is lucky to be alive and is happy to be able to participate in family functions.  Today, he focuses his determination on helping others with disabilities stay active while he works towards mastering riding a 3-wheel racing tricycle.

Shetler believes people that are disabled need to stay active to stay healthy and he practices what he preaches.

“As I have worked to try to put my life together, I have tried para-cycling, recently riding a 3-wheel racing tricycle that forms one division of 4 in para-cycling. Many people stop me when I ride around the West Island to ask me about my bike,” he admitted and gives much of the credit to Cycle Paul in Pointe-Claire for putting together his rather unique bike. “These ‘trikes‘ are extremely tough to ride, however, I have been fortunate in that while I have only been riding mine for 2 months, I recently won a silver and a bronze medal at the Canadian Para-cycling Championships in Ottawa/Gatineau.”

Shetler still has a ways to go to be able to ride at the World Cup level and make the national team but intends to make these his goals for the next season. 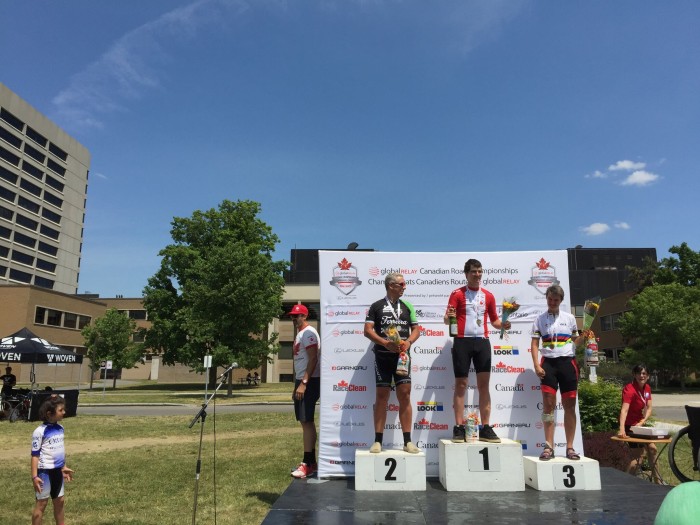