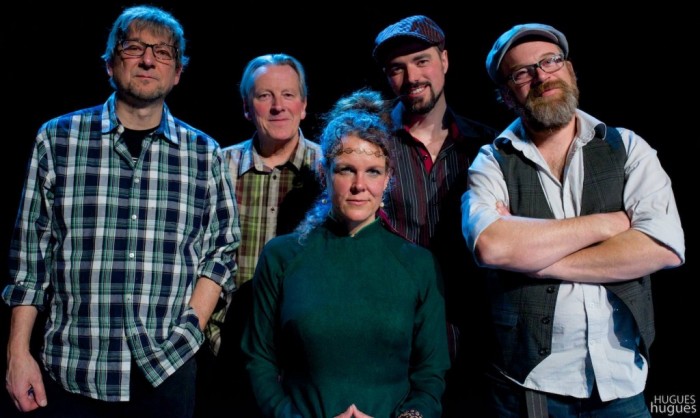 As part of the City of Dorval’s Novartis Concerts, Keltik Pilgrim will be performing on Monday, July 17, at 7:30 p.m., at Pine Beach Park.

The group was created from the encounters between Michel Dubeau and Éric Bégin, who quickly concluded that a female voice and a violin were necessary to achieve the Celtic sound they sought. Thus, Jody Anker and Éloi Amesse joined the project.

Within its first year of existence, Keltik Pilgrim produced more than 30 shows, namely at the Festival des Contes Maltés (Val-David), the Montreal Botanical Garden, the Maison de la Culture de Weedon and the Festival des traditions du monde (Sherbrooke). Keltik Pilgrim’s first EP was autoproduced in the fall of 2014. At the dawn of the group’s third year of existence, Raoul Cyr became the fifth member to join the group.

In case of bad weather, the concert will be held at the Serge Nolet Auditorium (1301 Dawson Avenue), in Dorval. This free musical show is presented by the City of Dorval, in cooperation with Novartis Pharmaceuticals.

For more information about the special evenings planned for you this summer in Dorval, pick up the “Culture at Your Door” brochure in all Dorval municipal buildings, call 514 633-4170, or visit www.ville.dorval.qc.ca/leisure.