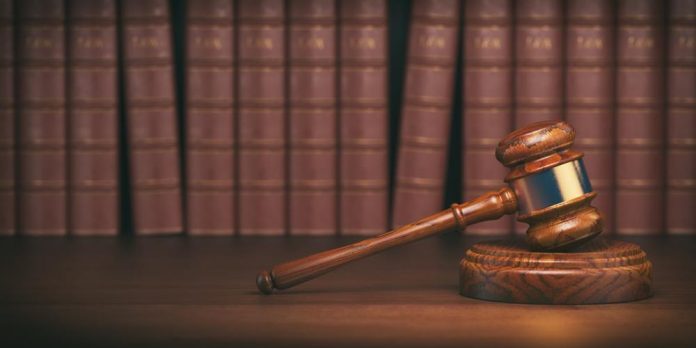 Edmonton – On Thursday night, a jury was sequestered and will start deliberations in the Bradley Barton manslaughter – he stands trial for the killing of Cindy Gladue.

Stephen Hillier, Justice of Queen’s Bench Court, sequestered the jury at 8:30 p.m. However, he told the jurors that they shouldn’t start deliberations up until Friday morning. The reason for his decision was because they’ve all had a long day.

The Justice spent Thursday giving his last instructions to the members of the jury, as he listed areas of the law that’s related to the case. He outlined questions the jurors have to answer as they deliberate on their decisions concerning the Barton case.

After a voir dire – that is a trial within a trial – two jurors had to be removed. The remaining jurors left (11 of them) were sequestered so they could start deliberations on Friday.

Barton, a 52-year-old former long-distance truck driver from Ontario, is accused of injuring Gladue fatally during sex in June 2011.

This unfortunate event happened in a Yellowhead Inn in west Edmonton. Barton admitted to causing the injury, but he didn’t know Gladue was hurt at that time.

Hillier stated to the jurors that they must decide if Crown prosecutors proved their case beyond a reasonable doubt that Barton did assault Gladue sexually. He also noted that a sensible person going through the same circumstances would see that Gladue was exposed to bodily harm in the course of the sexual activity, which invariably led to her death.

Barton maintained the sex was consensual, and Gladue enjoyed it. According to him, they had sex for two nights, and both times, he inserted his entire fist into her vagina.

Justice Hillier disclosed to the jury that

“Mr. Barton admits that he engaged in the sexual activity in question with Ms. Gladue and that it caused Ms. Gladue serious bodily harm.”

“The question for you is: did he mean to do it?”

In the course of the trial, blunt-force trauma was disclosed as the cause of death to the court. Gladue continued bleeding until she died because of a tear on her vaginal wall.

In the course of cross-examination, Crown prosecutors suspected that after injuring the deceased, Barton carried her to the bathtub from the bed and left her there to where she bled to death.

Barton denied the theory of the Crown concerning what happened. According to him, he was stunned when he discovered her naked body in a bathtub filled with blood the next morning.

Hillier disclosed to the jury that Barton’s position as the trial held was that he assumed Gladue consented to the sexual activity. Also, he told jurors their job is to determine if Gladue gave her consent or if she could consent because there was evidence that she was drunk. Finally, he charged them that they must also decide if Barton believed she gave him her consent.

The jury discovered blood-alcohol content of Gladue was four times higher than the legal limit when she died.

“There’s no consent unless Ms. Gladue agreed and continued to agree in her mind.”

Also, Hillier cautioned the jury that they shouldn’t rely on stereotypes or myths about Native people, especially girls and women that were subjected to violence and colonialism for several years. He also warned them to avoid relying on biases about people that did sex work.

“These persons deserve respect for their humanity and dignity. They are not sexual objects for male gratification.”

This is not the first time Barton will be on trial for the death of Gladue. In 2015, he was acquitted by a jury of both manslaughter and first-degree murder charges. This triggered nationwide protests, and it led to calls for systemic change in the country’s justice system.
The Alberta Court of Appeal reversed the decision and ordered a new trial two years later.