Jimmy James’ fingers fly at such incredible speeds when he’s playing his guitar that they seem at odds with his calm and easygoing nature.

An icon of the Quebec blues scene for 35 years, he’s jammed with impressive names like Jeff Healy, King Crimson and David Bowie and plays at such renowned events as the Montreal Jazz and Mont Tremblant International B 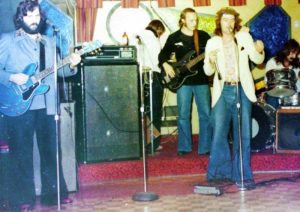 Not many know that Randy Bachman of The Guess Who/Bachman Turner Overdrive is a fan and that Jimmy’s birth name is Demetrios Bakolias. He became Jimmy in grade school and added James when he was touring in 1974.

“I played in a band when I was younger and the singer massacred my name. He made up names like Jimmy Broccoli. I got fed up, so I started calling myself Jimmy James,” he said.

Self-taught, he doesn’t read music, but has a great understanding of theory.

“When I got my first guitar at 12, I don’t think it was even in tune. I just made noises to imitate songs,” he said.

Day in and day out, he dedicated his full attention to the guitar while listening to a wide variety of music. He dropped everything, including all sports, as his school grades plummeted to the annoyance of his family.

At 13, he started playing gigs in clubs. Rules were slacker then he says. 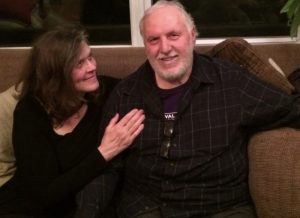 “No one had a car in those days so ten of us would grab pieces of equipment and go on the bus to the bar. We’d play for free or pass the hat. At the end of the night, we’d pool our money. We’d always have enough to buy Chinese food,” said Jimmy.

“I was doing what most 18 years olds do and I wanted a change,” he said. “At that age, you do what you like and what your passion is. You don’t balance it out.”

Discovering meditation at 20 helped and since then, he’s been practicing for a half an hour to an hour on most days.

“I get a little crazy if I stop,” he said with a laugh. 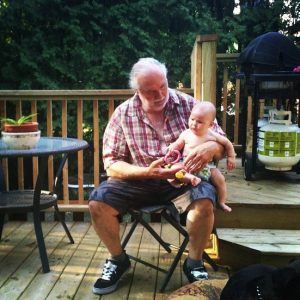 Things have come a long way for Jimmy, who with his wife Betsy, recently welcomed their third grandchild. He enjoys setting up the kiddie pool in his Beaconsfield backyard and watching the little ones splash around.

“Scientists finally agreed with Einstein about gravitational waves and have proven his theory. I’ve always been interested in him, Tesla, Stephen Hawking and others,” he said.

But the sound waves of music appeal to this guitar legend even more. He opened a fortune cookie once which said, “The universe without music would be madness”. And I know he would agree.