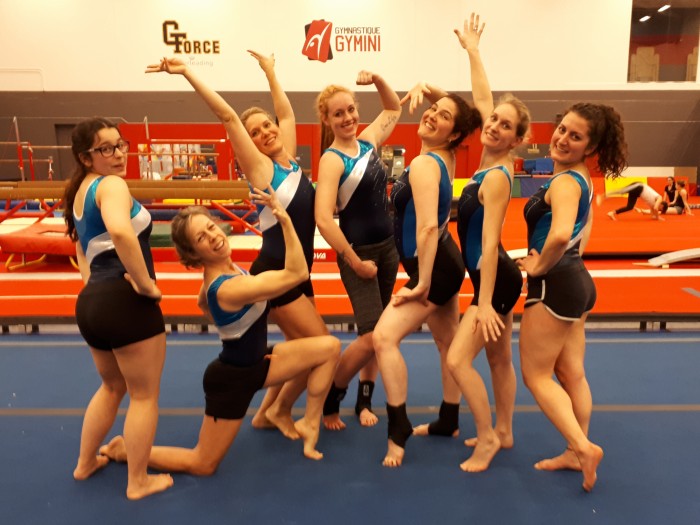 This past weekend, a group of seven from Team AcroFit Mtl (led by Andrea Ropeleski) ranging between the ages of 18 to 52, performed their gymnastics routines in front of a crowd at the second Masters 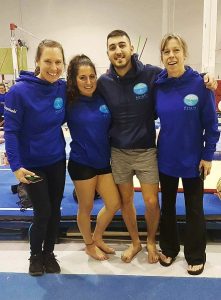 Gymnastics meet of this season. This was following some of their other teammates who competed in January’s Masters meet.

For some, these competitions have followed several others over the years, after having children and careers. For others, this has been their very first time competing, after only starting the sport last year!

These folks train between 2 and 4 hours per week in Vaudreuil, in the co-ed AcroFit adult gymnastics classes.  Geared for fitness and fun, the progress they make is what inspires some participants to compete and show their stuff!  The pride and joy they share in their accomplishments is contagious, not to mention how strong they’ve become. Breaking through personal barriers both mentally and physically, winning medals and ribbons and having a blast, proves it’s never too late. Way to go Team!! 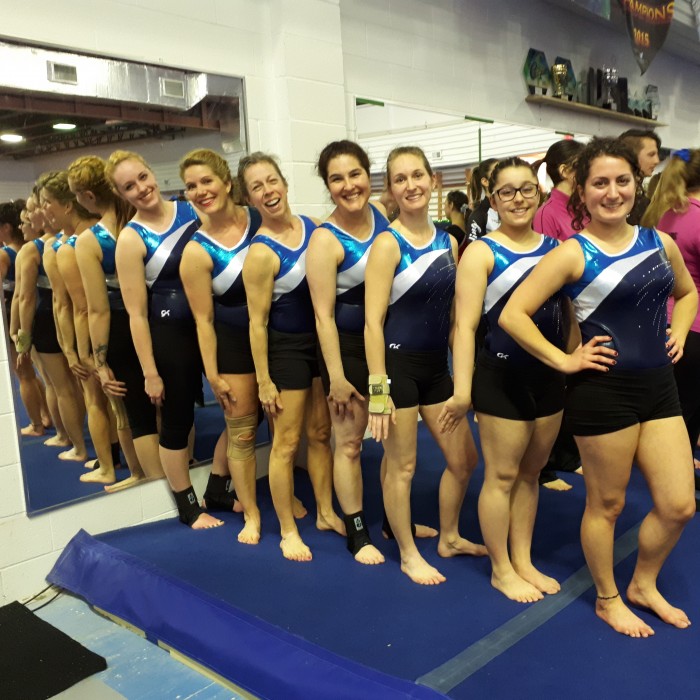