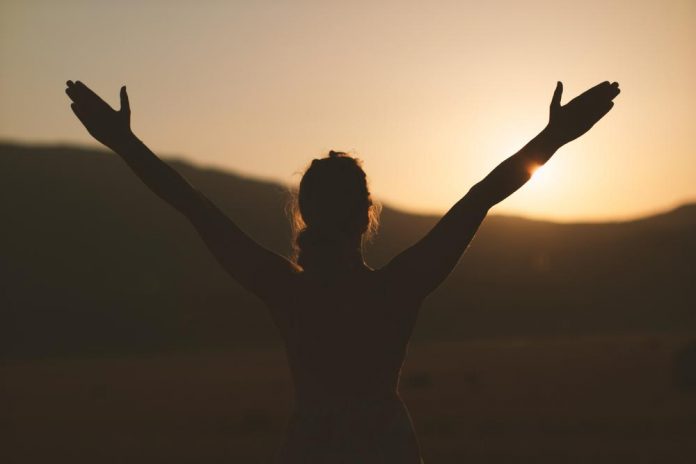 According to Simpson, her happy place has been the desk she writes every day. She said she spent even more time there during the pandemic.

Given the low COVID-19 cases in Antigonish, Anne Simpson and her friend Dale decided to try a new gym, which had been in existence for the last two years. In January this year, Anne found herself inside CrossFit Actuate in the town, where she was a beginner, but not a young beginner.

“Try this one,” said Chad, one of the coaches, as he offered Simpson a lighter barbell.

The story doesn’t begin with Simpson, she said. It starts with a young woman who got up one spring morning with what appeared like a dark veil over one eye.

Towards the end of her duty as a banquet server, she knew that a tray full of glasses was about to fall from her hands, but she made it to the kitchen before it dropped to the floor.

In the grocery store, the young woman got dizzy while going through aisles, and on her way home, she had to stop multiple times due to challenges with balance.

There was something wrong, but who could hear the young woman?

Her symptoms deteriorated, and finally, with her brother and a family friend, the woman went to St. Michael’s Hospital in Toronto. The ophthalmologist at the facility decided to admit her.

After a few days, the young woman got a diagnosis of multiple sclerosis (MS), and this was devastating for someone aged 26.

If the illness is left untreated, the myelin sheaths that protect nerve cells start to deteriorate, causing problems in the circuitry of the brain.

But with treatment, the progress of MS can be contained and even stopped.

Now that, is Simpson daughter’s story; however, there is a lot more to it than the illness.

Two years after her diagnosis, as Sarah was taking her master’s degree at the University of Guelph, a close friend advised her to visit a CrossFit gym.

By that time, Sarah was getting infusions of Tysabri, a strong medication. She decided to go, joining a space where she was a novice. Sarah attended the gym often and thrived on it.

When she broke her own record in weight lifting, the coach would ring a bell. Others at the CrossFit gym had no idea that Sarah suffered from MS as she looked strong and healthy.

According to Anne Simpson, Sarah gives her inspiration. Moreover, at the CrossFit Actuate facility, Simpson has the inspiration of those around her who are trying as hard as they can. Some of the people at the gym are about her daughter’s age.

Simpson added that she lifts “training wheels” over her head in a push press, imagining what it would be like to perfect the move. She feels something of what that could be like even though Simpson considers she still has a long way to go before she can perfect the move.

All in all, everyone starts somewhere, she concluded.

Anne Simpson’s most recent books include ‘Speechless’, a novel, and ‘Experiments in Distant Influence’, a book of essays.