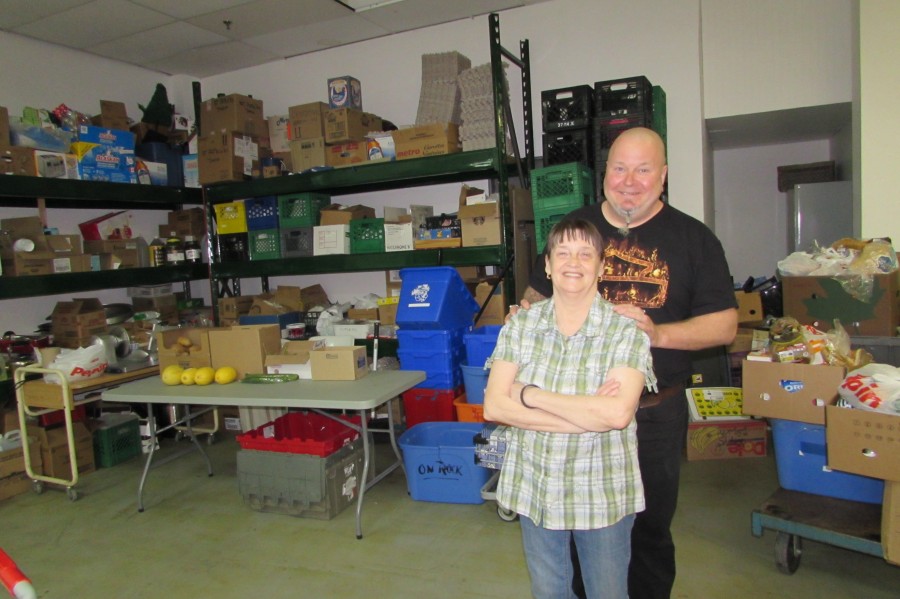 On April 1, On Rock Community Services announced their new mission statement would be eliminate hunger in the West Island of Montreal.  This month they announced their annual spring food drive in an effort to prepare fo the lean months ahead at their food bank.

“People don’t think of giving when the sun is out and the sky is blue,” Kim Reid, founder of On Rock and father of three told The Suburban, “I like to get prepared for the summer months when we simply don’t have enough to go around.”

Each and every week On Rock feeds more than 200 West Island families and countless lunches to local elementary schools. 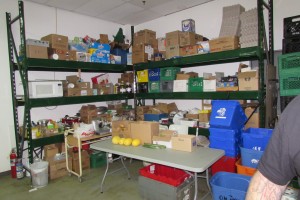 According to Reid it takes a the community to feed the hungry.  On Rock receives food through donations from Moisson Montreal,  that distributes food to all food banks, as well as private companies and individual donors.

The annual food drive needs include all non perishable foods such as canned goods, peanut butter, tuna, pasta.  Items can be delivered to the food bank or pick up can be arranged through the website.

“If we happen to have an overstock we share our good fortune with a smaller food bank in Vaudreuil-Dorion,” Reid said.

The annual cost in rent alone of the warehouse space behind a strip mall on Gouin is a staggering $100,000.

Reid often deals with what he calls emergency situations, when a family is out of food and needs help immediately. 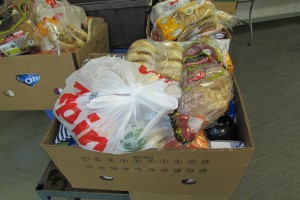 A box is prepared that can last a family about 3 days depending on what On Rock has in stock in terms of food. Often the food received is not prime produce so it must be consumed in short order.

“It is a 50/50 chance whether a family will come to us and become regular customers,” he explained, “if they are lucky it is just a temporary situation until the family can get back on their feet.”

When asked what Reid sees for the future of On Rock he answered, “I don’t plan, I wait to see the needs of the community.”

The food drive can be followed on the On Rock Facebook page and more information about OnRock can be found at http://www.onrock.org 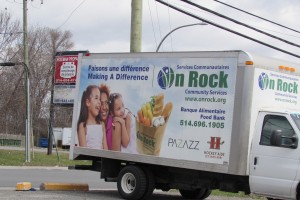