Home Featured How to Wear a Poppy for Remembrance 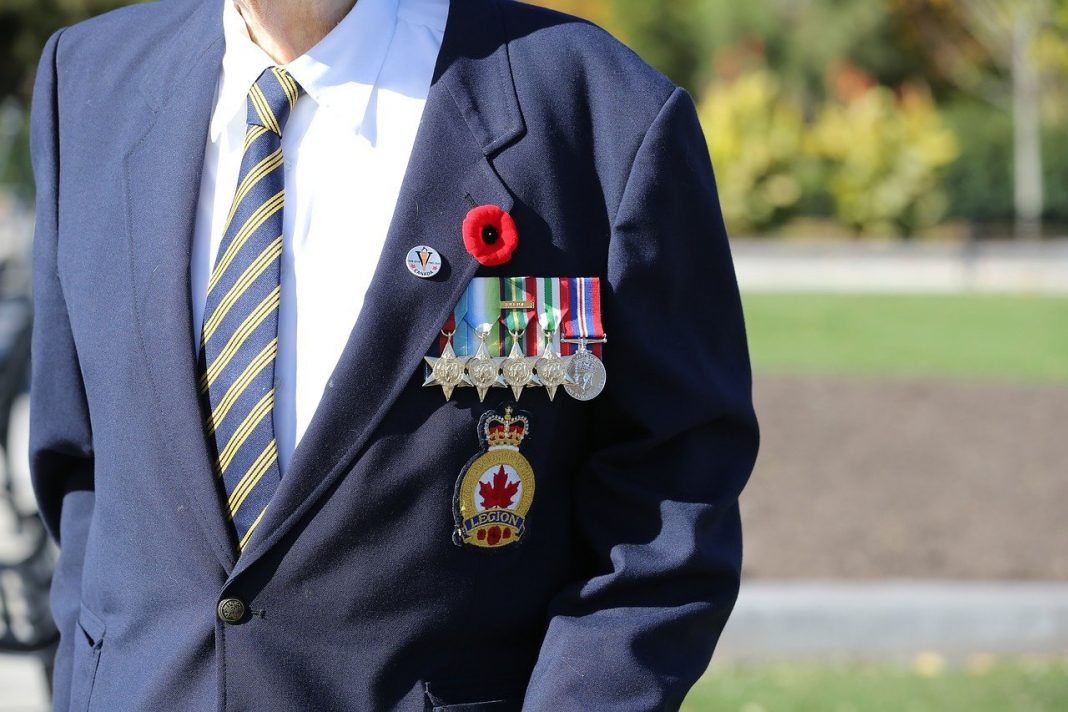 Lapel Poppies are worn across the nation to honour Canada’s veterans during the Remembrance period, which lasts from the last Friday in October until the evening of November 11th. While wearing a Poppy is an outward symbol of respect and remembrance, it is important to take some time to reflect inwards as well.

“Thanks to the millions of Canadians who wear the Legion’s lapel Poppy each November, the little red flower has never died, and the memories of those who fell in battle remain strong,” the Royal Canadian Legion reminds Canadians of the importance of wearing the Poppy.

Unsure how to appropriately wear a Poppy pin? The Royal Canadian Legion recommends wearing the Poppy on the left side, respectfully over the heart. The Legion’s lapel Poppy is a sacred symbol of Remembrance and should not be affixed with any pin that obstructs the Poppy, according to their appropriate Poppy Protocol.

The Legion acknowledges that wearing a Poppy is a personal expression of Remembrance; therefore, it is up to the individual how they choose to respectfully wear the Poppy.

Whenever a Poppy is removed, it should be stored appropriately or disposed of respectfully. Many Canadians choose to affix it to a wreathe as a sign of respect after the Remembrance Day Ceremony or at the end of the day on November 11th.

If you happen to find a Poppy on the ground, pick it up and brush it off so that it can be kept or disposed of respectfully.

In Flanders fields the poppies blow
Between the crosses, row on row,
That mark our place; and in the sky
The larks, still bravely singing, fly
Scarce heard amid the guns below.

We are the Dead. Short days ago
We lived, felt dawn, saw sunset glow,
Loved and were loved, and now we lie
In Flanders fields.

Take up our quarrel with the foe:
To you from failing hands we throw
The torch; be yours to hold it high.
If ye break faith with us who die
We shall not sleep, though poppies grow
In Flanders fields.

Want to do your part to help the environment and all those who inhabit it? Try these 5 Easy Ways to Reduce your Daily Waste.

Local business spotlight: Splash Bathware has everything you need to create...