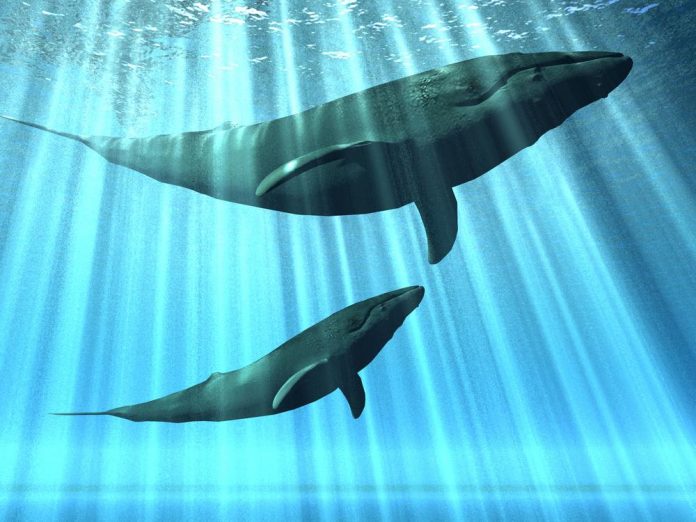 Research shows that the Right Whales seemed to be getting shorter. They are about a meter shorter today than they were nearly 40 years ago.

Some are shorter by as much as three meters compared to the forerunners. In other words, whales ages 10 years today are at the length of a 2-year-old whale from the 80s.

Joshua Stewart, a researcher with the National Geographic and Atmospheric Administration and author of the study, said he was shocked by the findings.

He began investigating the change when field marine biologists took pictures of what they thought were year-old young whales on the basis of size only to discover later that what they had recorded were 10-year-olds.

In conjunction with other researchers interested in the subject, he gathered data on whale Sizes dating back to the 80s.

In the study, the researcher juxtaposed data photos that were decades old with recent drone footage. Field measurements and notes dating back to the 80s also helped them come to this conclusion.

Once the study concluded, the difference in Whale sizes was apparent.

They concluded that the likely cause was that Whales were getting trapped in fishing equipment. He noted that Whales that get trapped in the equipment for a lengthy period become stunted compared to those that are never caught.

Many of the whales in the North Atlantic have been caught in nets at least once.

According to Amy Knowlton, a co-author of the research study, about 85 percent of the North Atlantic’s population has been entangled leading to injuries. She added that this is a chronic issue for the Whales.

Stewart noted that it is possible that other species of whales experiencing similar problems are growing shorter. However, since the Right Whales are facing extinction, they are among the species for which there is detailed data going back many years.

The study also found that whale Calves whose parents get caught in nets are likely to grow shorter.

Their mothers still produce milk even in captivity. They spend most of their energy trying their best to survive, which takes away the energy they would rather spend making milk for their young.

The study proposed use of weaker ropes for fishing purposes as that would give Whales a fighting chance, Knowlton said.

Researchers in the study believe that given a chance, the Whales would recover and regain their normal size.