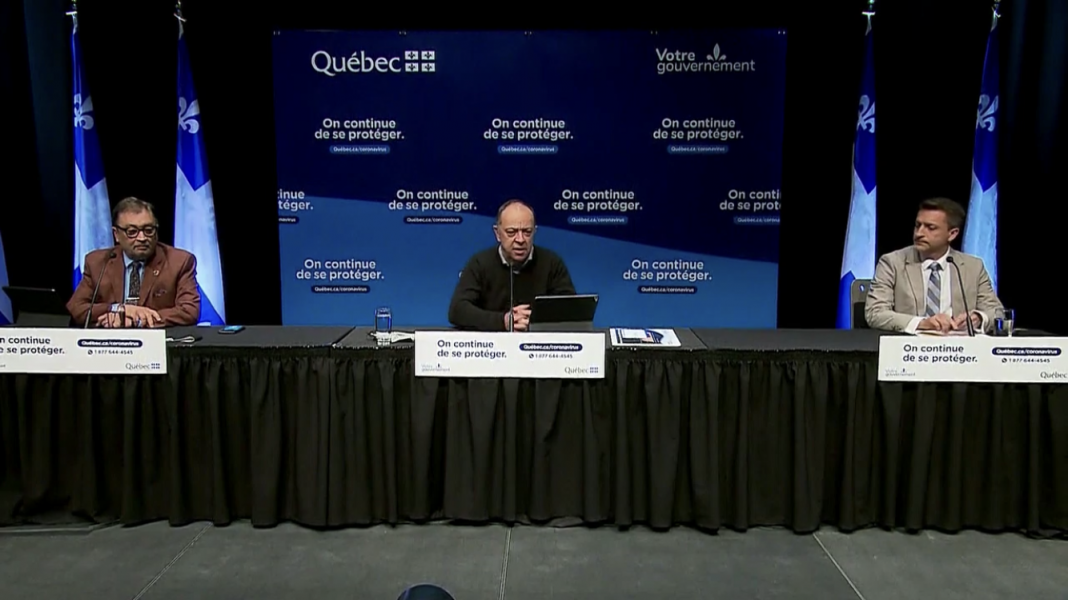 The Legault government confirmed Sunday that the regions of Montreal, the Capitale-Nationale and Chaudière-Appalaches are now orange level zones.

“The number of cases is increasing, the outbreaks are increasing and our capacity to treat is diminishing. Public health has decided to switch three regions to the orange zone, ”said Minister of Health Christian Dubé at a press briefing.

For the Capitale-Nationale, the agglomeration of Quebec, Saint-Augustin-de-Desmaures, L’Ancienne-Lorette, Wendake, the MRC de la Jacques-Cartier, the MRC de la Côte-de-Beaupré and MRC de l’ Île-d’Orléans are now on alert.

The government has decided to make a permanent change from 250 to 50 the number of people at private events.

“An important change for gatherings in rented rooms, places of worship, festive events, weddings, BBQs, picnics, it will now be a maximum of 50 people”, added the Minister.

Minister Dubé specified that the measures for performance halls were not changing and that the maximum capacity was maintained at 250.

Quebec also unveiled the measures related to this orange zone. Private gatherings will be for a maximum of six people or two families.

In bars, alcohol can no longer be sold after 11 p.m. and they must close at midnight. There will be a maximum of 6 people per table.

In restaurants, there can also not be more than 6 people per table. As with the bars, the liquor sale will end at 11 p.m. and close at midnight.

In the orange zones, interregional travel is not recommended. The minister called on people in the orange zones to avoid congregating. “I ask you to make a special effort in the coming weeks,” he implored.

For CHSLDs, visits for humanitarian purposes and visits by caregivers are permitted. In retirement homes, a maximum of 6 people can be present in a rental unit.

On a positive note, Minister Dubé confirmed that “Sports-Études” programs would remain in place.

Regarding the increase in demand for screening, the Minister asks that we be able to prioritize certain people.

“I strongly suggest that you complete the questionnaire and follow the recommendations. It will help us a lot,” the minister asked.

“Just because your region changes colour doesn’t mean you are being asked to go get tested,” the minister repeated.

The minister asked citizens to continue to be careful “because the next level is red.”

“We must not give up. If we give it a go in the next few weeks, I think we can and I firmly believe that we can very well succeed in reducing the contagion. If we can go from yellow to orange, we can go back from orange to yellow, and to green, “he insisted.

The full press conference can be viewed here: