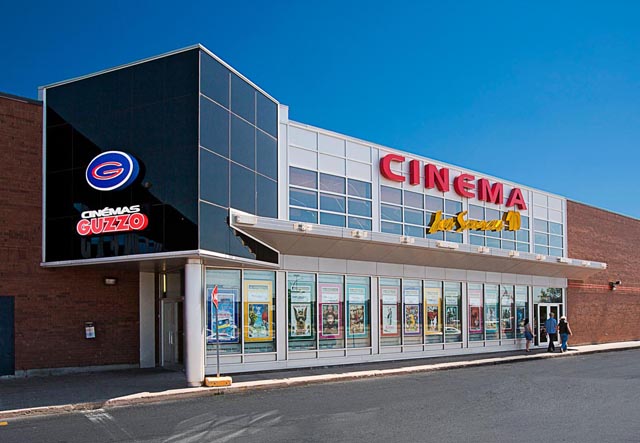 UPDATE: Movie Theatres in Montreal have started to re-open with measures in place to protect against COVID-19. The West Island Blog is at Cinema Guzzo Des Sources with more details about their re-opening.

Cinema experience will look a little different, but Guzzo confident guests will return

MONTRÉAL, QUÉBEC – (June 29, 2020) – “Vincenzo Guzzo, President and CEO of Guzzo Cinémas, the largest independent chain of movie theaters in Québec, third largest chain in Canada, with soon to be 10 locations across the province, announces the reopening of all 9 of his theaters (133 screens – including 9 IMAX screens) on July 3, 2020, following guidelines from the province announced last week.

“Opening July 3 will give us a week trial run before the big pictures start releasing,” said Guzzo. “Though we won’t have many new movies, I’m confident people will return to cinemas. I think people are tired of being confined indoors and they want the experience. People have realized today more then ever that Streaming is simply a fancy word for TV!” he continued.

Industry analysts seem to agree viewers are ready to return to cinemas, though the experience needs to look a little different now, to make moviegoers return. A Morning Consult/Hollywood Reporter survey found that moviegoers would be more likely to return to theaters if sanitizing measures and capping audience attendance were put in place.[1]

“We’ve put hand sanitizing stations before guests come into the general lobby area of our theaters, right before where you get your ticket checked by the usher. All our staff will wear face shields and will be required to wash their hands every half hour. Reusable individually packed masks will also be available for purchase to guests who forget to bring their own,” stated Guzzo.

In an interview with CTV News Ottawa, Guzzo explained that, in addition to the safety measures being implemented at his theaters, re-educating moviegoers on social behavior and etiquette will also play a big role. “Guests will be expected to collect and dispose of their own garbage when they exit the theater to reduce the chances of our employees getting sick from having to pickup used straws, pop corn bags that people have had their hands in after touching their mouth – whatever it is, just throw it out. It’s not unreasonable to ask that everyone pull their weight.”

Following guidelines from government officials about exactly which measures will be mandatory, guests will be permitted to sit in every row of a given auditorium, and people sitting in the same row not belonging to the same family will need to leave two seats empty on each side. Each auditorium will be allowed a maximum of fifty people while maintaining the required physical distancing. “It’s an ongoing discussion,” said Guzzo. “As of July 17, it’s expected that if everything progresses properly, the two-seat distance rule will be reduced to one-seat, with maximum 250 people per auditorium, and we also hope to have our arcade areas reopened by then!”

Vincenzo (MrSunshine) Guzzo owns and operates Guzzo Cinemas, the largest chain of independent movie theatres in Quebec with ten locations province wide. The Montreal-based entrepreneur also runs a chain of fine dining restaurants and a thriving construction company. In 2007, he and his wife Maria, established the Guzzo Foundation to centralize their philanthropic endeavours, through which they have raised millions of dollars to support medical research aimed at the prevention of cancer and the support of mental health initiatives. He is also a judge on CBC’s Dragons’ Den. Cinémas Mega-Plex St-Jean-sur-le-Richelieu 12 to Open September 30th, 2020.”