Besides honouring Canadian forces members who have paid the ultimate price, the park also serves as a memorial to all emergency responders who have died in the line of duty.

“The people in uniform whom we honour here today are the wrong way people: they run the wrong way. They run toward danger,” Johnston said.

BHS intends to deposit a time capsule at Heroes Park to honour Capt. Nichola Goddard, who died in Afghanistan in 2006. Her sister Kate Goddard, who attended last week’s ceremony, moved the crowd to tears with her poignant speech.

Beaconsfield High School students Cheyenne Skurczak and Devyn Sherry spoke about heroism in the face of ordinary life.  According to Skurczak BHS taken on the symbolic caretakers of heroes park with this honour and responsibility the students of BHS can be inspired every day.

“In serving others the heroes remembered here may inspire people to help others and maybe one day change the world for the better,” Skurczak hoped. 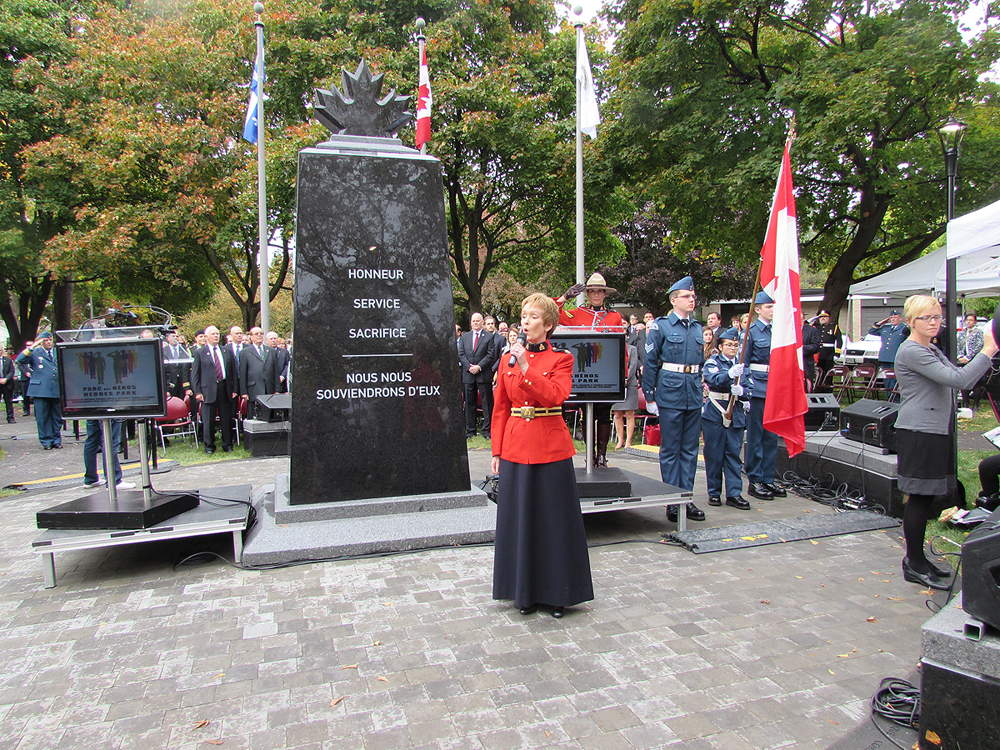