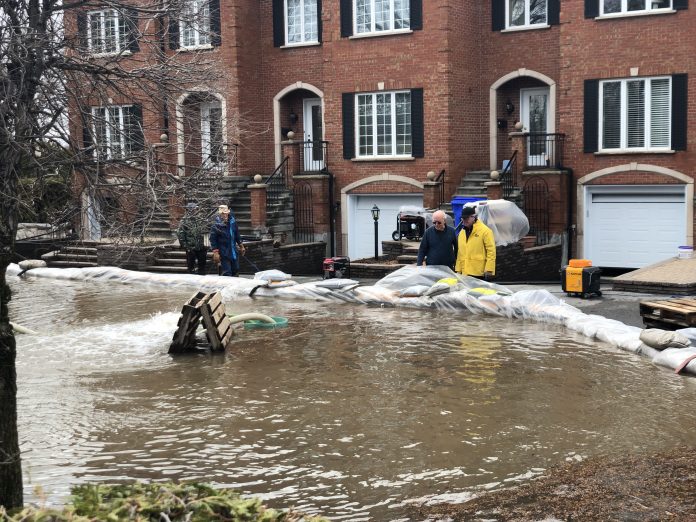 In response to pressure exerted by many municipalities in the Greater Montreal area, the inaccuracies of the map representing the 2017 and 2019 flooded territories that was presented earlier this month will be reviewed again by the Quebec government.

“The City of Sainte-Anne-de-Bellevue is in favour of a draft order to promote better management of flood zones,” said the city of SAB in a release earlier this week. “But opposes the map included in the Government of Quebec’s current project.”

“As a municipal entity, the City of Sainte-Anne-de-Bellevue is concerned about the harmful consequences that floods can have on the safety of people and property. That is why the administration is in favor of an order imposing a moratorium on construction that would promote better management of flood zones. However, the delimitation of the special planning zone (SPZ) presented in the current project does not reflect reality and therefore cannot be accepted as is.”

This correction is currently being undertaken so that the maps more accurately reflect the realities of cities like Dorval, Sainte Anne De Bellevue, Senneville and other territories. The corrected version will be made public when the Quebec government releases the decree concerning the special planning zone (SPZ).

According to a release issued by Dorval, the government has said that owners of buildings that are not located in a 20-year floodplain and that were not affected by floods in 2017 and 2019 will not be subjected to the SPZ.

“Your (residents’) comments are in part responsible for this positive about-face,” stated the City of Dorval. “We invite everyone to continue expressing their concerns and making their voices heard by emailing zis2019@mamh.gouv.qc.ca, in order to ensure that the changes that were promised by the government will truly be reflected in the new version of the flood zone maps. The deadline to express yourself on that matter is August 19, 2019.”

The City of Pointe Claire announced prior to the public meeting on July 4, that it was removed from the red zone.

For more details on the decree, visit www.mamh.gouv.qc.ca/ministere/inondations-printanieres-2019-zone-dintervention-speciale