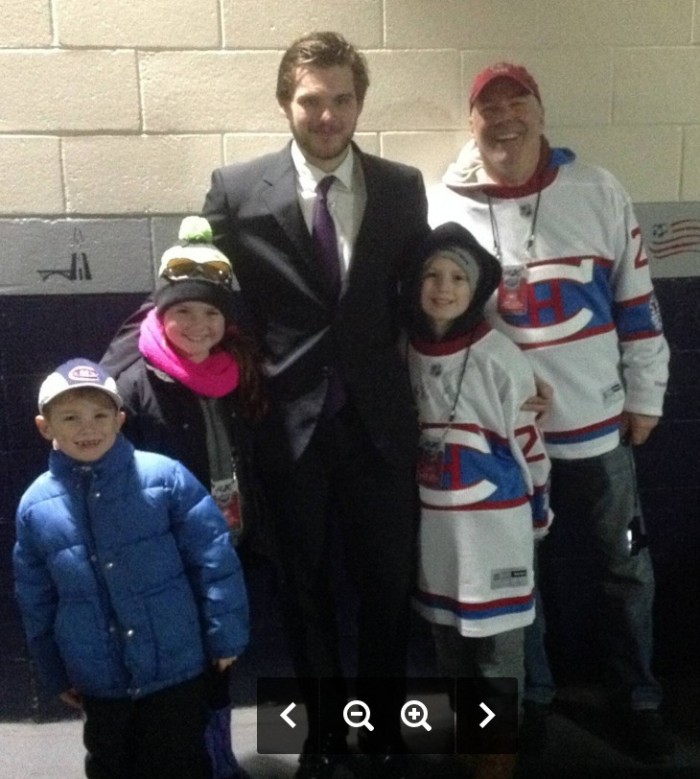 It all started with a phone call from Francesca Corso,  Executive Director of Big Brothers Big Sisters of the West Island (BBBS) to big brother Mark Hopkins.  Hopkins had to make a quick decision as the whether he was available to take his little brother Matteo on an all expense paid trip to the Winter Classic in Boston to meet star hockey player Alex Galchenyuk.

“I called Shelley, Matteo’s mom and we both decided it would be a great experience for Matteo,” Hopkins said.

In addition to the trip, Bauer would outfit both Hopkins and Matteo with complete hockey gear.

“Shelley, Matteo, his brother Nico and I flew down to Boston and went to the Bauer store right away to be outfitted with the hockey gear.” he explained. “As I don’t play hockey anymore, I asked if Matteo’s younger brother Nico could receive it instead of me. So Matteo and Nico were outfitted from head to toe.”

Read more at The Suburban