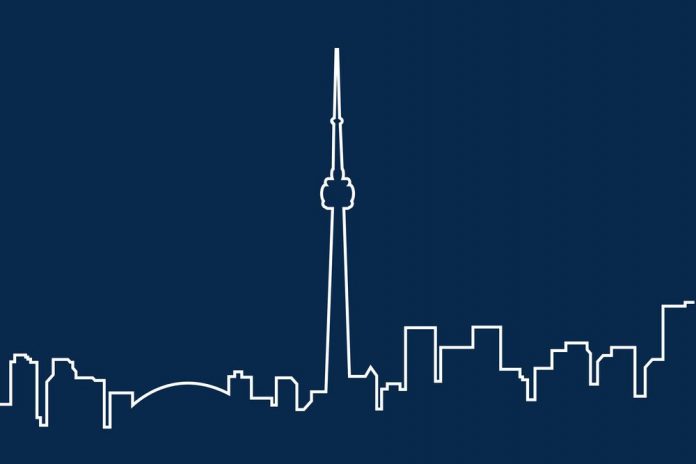 The property manager of rental units situated on Bloor Street West says he is “surprised” by the City of Toronto’s notice telling residents to vacate his apartment by Friday midnight.

Over the last few days, tenants of 1407-1409 Bloor Street West were left scrambling to find a place after they were told to leave their houses within hours as it was adjudged unsafe by city officials.

Earlier last week, emergency crews were called twice to the apartment building because of the detection of high levels of carbon monoxide. Subsequently, the city discovered that the four units on the second floor of the building managed by Brad J. Lamb Realty were built without a permit.

“Much to our surprise, the City of Toronto issued a notice to vacate the premises by Friday, March 12 at 12 midnight, giving our tenants less than 30 hours to leave their units,” property manager Brad J. Lamb told CTV News Toronto in an e-mailed statement.

On Monday morning, former tenant GINA Shkeda was moving out the last of her belongings while she still had access to her unit.

“It’s just been so last minute because they didn’t even give us a week or anything to move our stuff. 24-hours is very short,” she said.

Shkeda hired movers to help carry her things into a new apartment. The Vancouver-native signed a new lease within hours of being evicted.

Residents claim the only carbon monoxide detector that went off that night was the one neighbor Miles Gertler and his companion installed, not the ones offered by the landlord.

“Once I realized what the actual problem was…it was terrifying,” Shkeda said.

The City of Toronto found additional issues. The units are above an auto repair shop, which is not allowed. There are not enough fire exits and the building was constructed without a permit, implying that they were never allowed to be rented for residential purposes in the first place.

Tenants have been advocating for relocation costs to be compensated.

“On Friday morning, we issued a rebate of all prepaid rent and balances of March rent to the tenants. The balances varied from $2,140 (for a tenant previously scheduled to move out) to $8,278. This allowed the tenants to have access to funds immediately,” Lamb said.
“Today, we notified the tenants of our intention to reimburse any and all reasonable expenses related to this terrible situation,” the e-mail said.

The City of Toronto said that it sympathizes with the tenants and is helping them to find accommodations to the best of their level.

“The city understands how challenging it can be for tenants to be asked to leave their homes in such a short period of time and truly sympathizes with these tenants. However, given the serious life safety issues at this location, it was imperative that the residents not remain there,” said Will Johnston, a chief building official and executive director with the City of Toronto.

“The city is also undertaking a number of steps to support tenants facing eviction and more importantly to help stop evictions, as much as possible, in the first place. C-O detectors are mandatory if your home has fuel-powered appliances.”

Toronto Fire Services’ Marla Friebe said the law requires persons to have a carbon monoxide detector in their houses and in their sleeping areas.

“If your bedrooms are all upstairs, install that alarm on the second floor,” said Friebe, the acting division chief of public education and professional standards.

Friebe recommends having an exit plan in mind in the event that your carbon monoxide detector is triggered.

Meanwhile, Shkeda said she has acted fast to sign a new lease.

“I’m just ready to not be here anymore, to be in a new spot and not think about,” she said.

The other residents said they are also seeking permanent accommodations elsewhere.