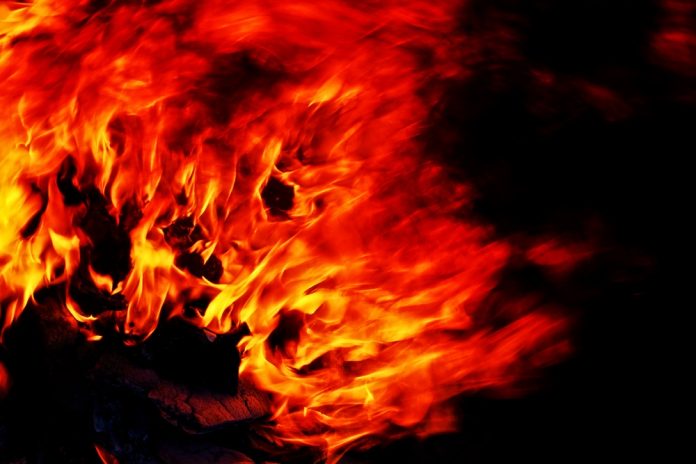 Footage has been released online, showing moments when a group gathered to witness stunt driving setting the road ablaze on one of the streets in Toronto as they do droughts at an intersection.

Police state they were alerted of the disturbance on Place Court and McNicoll Avenue, North York at around 2:30 in the morning after numerous reports that a group of people was busy stunt driving, setting off fireworks and doing other prohibited activities.

The segment of the footage that appeared online shows an individual pouring a flammable fluid onto the pavement and setting it alight. In the same footage, a car is seen performing the doughnut maneuver right in the middle of the fire.

The footage ends with police coming on the scene. According to the officers, they were subjected to hostility upon arriving noting a member of the group hopped onto a police car, causing a lot of damage. When they dispersed the lot, they shifted to other areas where such activity takes place.

The police noted that some of the people in that group were charged with various offenses although they did not provide specifics.

The mayor of the area, John Tory, said these gatherings are jeopardizing the work many people have done to try and stop the spread of COVID-19. This has led to prolonged lockdowns as well as a postponement of normalizing the lives of people.