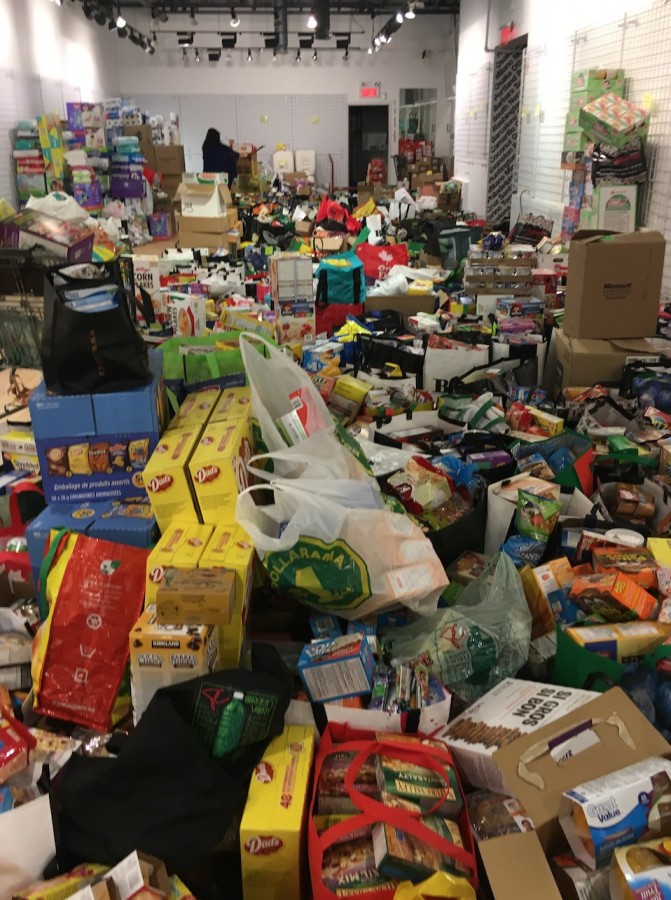 TODAY WE NEED NON-PERISHABLES, NO CLOTHING (WE ARE NOT SET UP TO PROCESS IT) SUPPLIES AND GIFT CARDS IN LOWER DENOMINATIONS FROM PHARMACY AND GROCERY STORES. WE ARE NOT TAKING MONEY IN ANY FORM.

PLEASE MAKE AN ONLINE DONATION AT www.communityshares.ca   100% of the money will go to local flood victims.  #flood2017

What I learned at the Fairview Depot #Flood2017 so far.

We have an incredible community. When times are tough – we get moving. Race, color, and religion proved to have no place of concern during this call to action. Children as young as five were carrying cans, a lady with a baby in a back carrying device hauled rice, seniors and teens alike all gathered in unison. There were a few leaders that helped us post signs to divide the food into categories. It was a true vision of a community wanting to help their friends and neighbours through this terrible flood that will wreak havoc in months and years to come. The West Island will not soon forget these past few days.

For the past several days Kim Reid and his team at On Rock have been on the front lines making sure as many needs are met as possible. So when Cadiallac Fairview called to see what they can do, I thought, let us support those on the ground and get one central location for us all to gather.  One truck to the zone instead of thousands bringing supplies.  This is what happened.

In some cases, the people have come right to the Fairview depot to get supplies. In other cases, some neighbours have brought food to their friends who are stranded.

Suzanne Briscoe of West Island Mission has been by my side from the moment I called her (in the first hour on Monday) when I realized this was going to be much bigger initiative than I had ever dreamed. Special volunteers have taken over managing food organization, Corrie Sirota who relieved my anxiety as soon as she walked in the door became my partner. Thanks to Johanne Hudon-Armstrong for taking over answering the countless emails and texts for questions people have asked online. God Bless. Thanks to Barbara Gagne and her team for taking the night shift!! Cindy Charles for cloning me at the front desk and taking photos of our community in action.

I cannot begin to name everyone who has stepped up and rolled up their sleeves to help. Part of the reason is because though we are now friends I can’t remember half of your beautiful names!! I only wish I had thought to bring a sign in book to be able to thank you all. My neighbours, my friends, my fellow sports parents and my family have all brought love in the form of food an hard work to spread to a community in need. I can’t thank you enough. Our community can’t thank you enough. 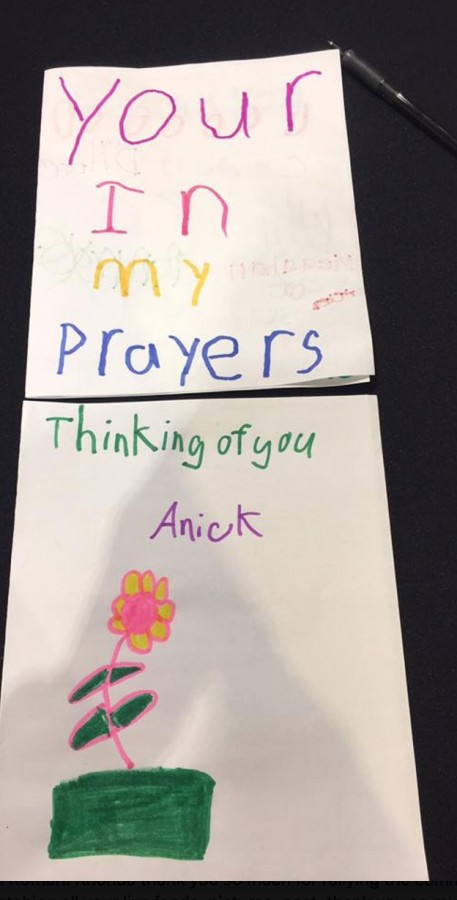 We had a call for help from The Lake of Two Mountains Legion, and they came for food.

We delivered several times to the closest Army bases, and they were thrilled. Seeing the Canadian Army in our community is bitter sweet. They offer reassurance that a force bigger than us is here to help. But I wish they didn’t need to be here at all. Not sure how else to thank them.

We have filled thousands of cases; my husband thinks 6,000 cases just on Tuesday. The Door Doctor and the Kuper Academy bus have been taking deliveries to the food banks where more volunteers sort and shelve and prepare for the next step. Dino Limo and UPS have offered transport along with so many others willing to take on the terrible traffic that has become a standard thing.

I cannot forget to mention my media partners in all this. CBC National started on Sunday with me from the flood zone, DOM FAZ from City came over to broadcast for Breakfast TV, The Gazette, Kevin Woodhouse from The Suburban, Andrew Carter, Arron Rand and The Night Show From CJAD have been great at getting the word out and Marty Lamarre from 94.7 who spent the afternoon at the depot broadcasting live!! Without you, we would not have been able to reach out quite so far.

Thanks to Cadillac Fairview for the free location and their employees who are tireless helping. David’s Tea, Starbucks and so many generous patrons of the mall have come calling to see what the volunteers need. Though I am not surprised – I am touched to the core.

The food is in the best hands possible for the weeks to come. This is far from over for some of these families let’s do this again today. At Fairview from 10 -8 pm – BMO Entrance of the Mall.

TODAY WE NEED NON PERISHABLES, NO CLOTHING (WE ARE NOT SET UP TO PROCESS IT) SUPPLIES AND GIFT CARDS IN LOWER DENOMINATIONS FROM PHARMACY AND GROCERY STORES. WE ARE NOT TAKING MONEY IN ANY FORM.

PLEASE MAKE AN ONLINE DONATION AT www.communityshares.ca   100% of the money will go to local flood victims. 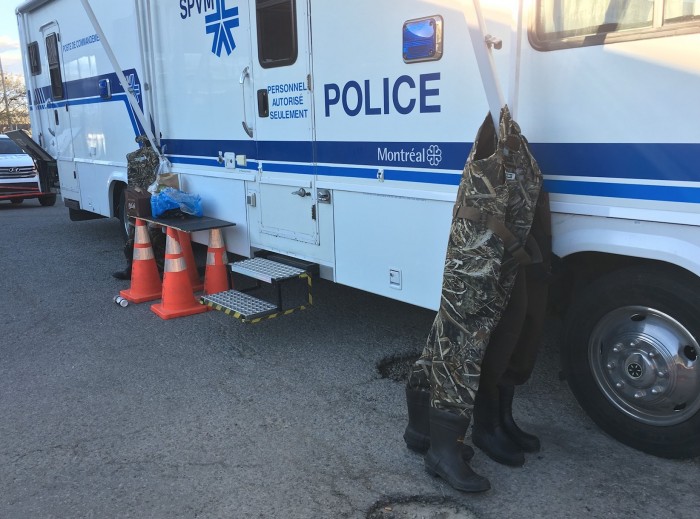 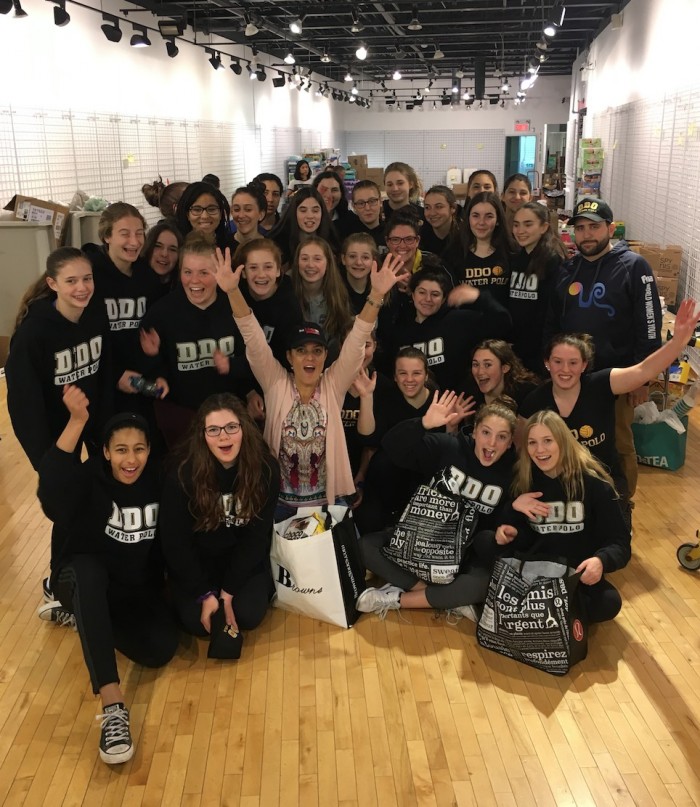 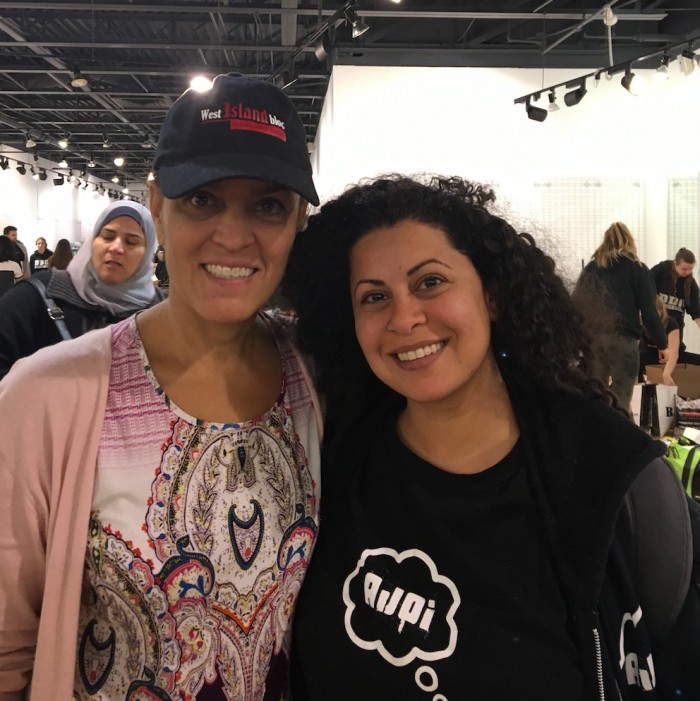