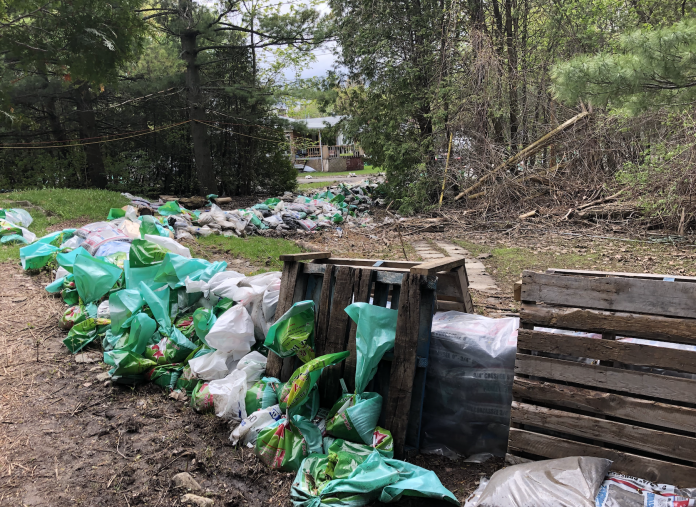 The victims of L’Île-Bizard will filed a request for collective action Friday, May 24, in the  afternoon through their lawyer, Mr. Charles O’Brien.

Residents, like Joanna Lemieux who lives on Barabe Crescent in Ile Bizard, believe that they have been left to fend for themselves during this spring’s spring floods.

“We feel abandoned by the city. We need more support from the city in times like this,” said Joanna Lemieux. “We could not get the official evacuation instructions which means we cannot activate our insurance claim.  We could not get through to 311 during the crisis and had to have our friends in Laval call for us to get some sandbags.”

The collective action is therefore aimed at the administration of Mayor Normand Marinacci.

According to Ile Bizard resident and flood victim, Scott Leggo,  Mayor Marinacci refused the help of the military during the flood crisis.

“The mayor did not use the help and resources made available by the military,” Leggo explained. “The military was frustrated at their lack of ability to contribute to the situation.”

In an earlier interview with the West Island Blog the Mayor rebukes these accusations.

Marinacci says the city did request military services to build a dike.

“We requested their services and they went on Joly street to try to build a dike behind the houses,” Marinacci explained. “Their engineers looked at the area and decided that it was not possible. Afterward, the army received an urgent request in Laval and so they had to leave. I never told the military not to help certain streets.”

It is estimated that 1000 people could register for this class action.Ile Bizard resident, Robert Idsinga is the applicant in this case. The victims will also apply for assistance to the Collective Action Fund.

When asked what she wanted to see happen in the future, Joanna Lemieux said she hoped that the city would be more receptive to desperate calls from residents moving forward.