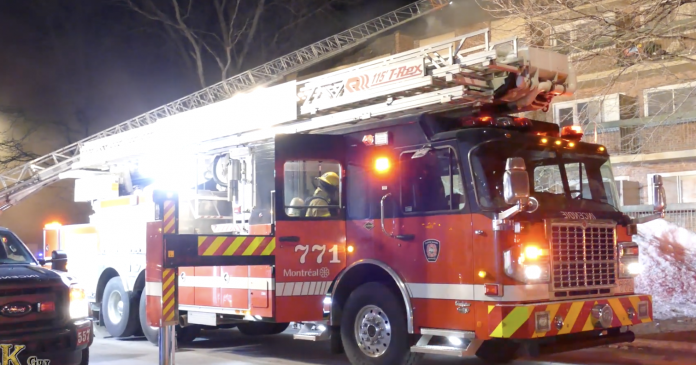 A five-alarm fire forced the evacuation of an apartment building in Pierrefonds-Roxboro borough, Monday night.

The Montreal Fire Department (SSIM) requested police assistance at 7:20 pm, while the three-story building with about 70 units was in flames. The burned building is located on Riviera Street, near Riverdale Boulevard, a stone’s throw from the Rivière des Prairies.

The Montreal Transit Corporation and the Red Cross were on site for support.

The firefighters fought the fire for several hours after which time they garnered control. SSIM investigators will be on site Tuesday morning, as of Monday night there was no indication that the fire was of criminal origin.