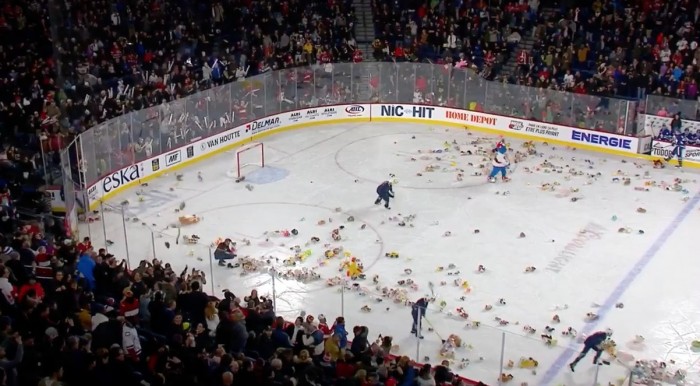 Fans were invited to bring a stuffed teddy bear to the game to throw onto the ice following the Rocket’s first goal. Rocket’s Niki Petti set off the frenzy from the stands by foiling Marlie’s Garret Sparks at 15:32 of the first period. A shower of teddy bears flooded the icy surface. Two police patrol cars entered the rink along with police officers to collect the more than 3,500 toys.

The record for the largest number of teddy bears thrown on the rink belongs to the Calgary Hitmen. Fans launched no less than 28,815 stuffed toys on December 6, 2015.

For those that forgot to pick up plush toys before the game, they could purchase some at the entrance of the game for $2. 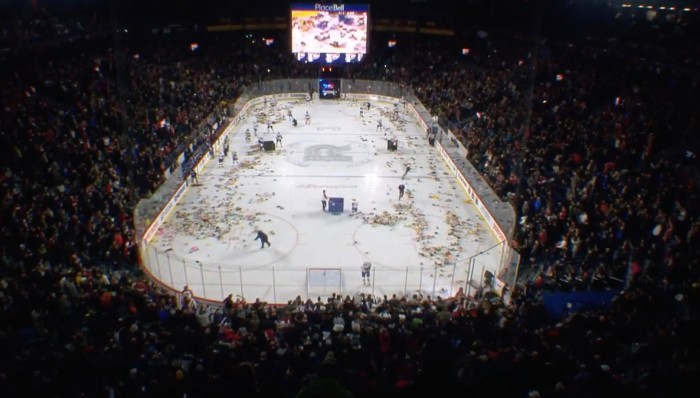