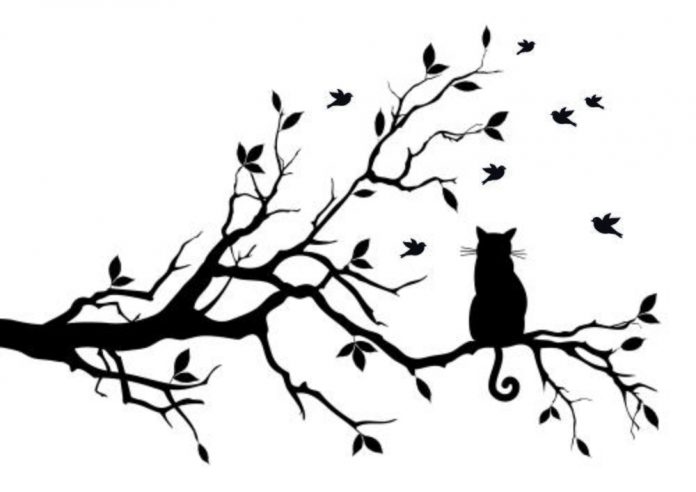 On Sunday morning, a group of firefighters of the Lunenburg and District Fire Department has rescued a cat named Ruby, helping her getting down from a tree. Matthew Rockwell, the cat’s owner, was concerned when he saw his pet being stuck at the top of a fir tree standing more than 12 meters tall.

“We could see a patch of white fur and got the binoculars out. And sure enough, Ruby had made it to the very tip top of the tree,” Rockwell said on Sunday. His home is in Spectacle Lakes, near Lunenburg, where the whole event took place.

Rockwell said that his 8-year-old son let Ruby out Saturday morning. He usually does that, and, by the time when the sun goes down, Ruby usually comes back home. This time though, the cat got stuck at the top of the tree.

Although they tried to coax her down with treats, Ruby stayed at the top of the tree. In the past, Rockwell volunteered at the nearby Dayspring and District Fire Department. He was unsure about calling them for help, so he started asking people on Facebook for advice first.

“It seems funny to ask, but how do you get a cat down out of a tree and does the fire department actually come out and rescue cats?” Rockwell said.

Most of the people on Facebook advised him to call firefighters, which he eventually did. He commented that he was impressed by how quickly the fire truck arrived, just before 9 a.m. Sunday.

Firefighters saved the cat by moving ladders towards her. Eventually, Ruby tumbled about 7.5 metres from the tree to the ground, landing on her feet.

Fire Chief Darren Romkey said that, while saving a cat stuck on a tree might seem like a minor call to respond to, it’s not a waste of time since his team can always use practice.

“It’s better for us to go up after the cat rather than … the homeowners. If they try to climb up the tree after, then we end up having to get people out of a tree or they fall. And every life matters. We will go after everything we can, and this is a happy ending.”