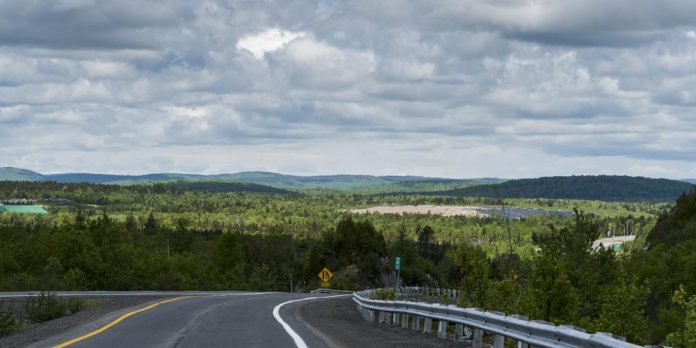 When the news reached Louise Rice that her sick father had very little time to live, she made arrangements to travel from Quebec to Edmundston hospital in N.B to be by his bedside. He had been brought in due to a lung problem that required admission.

In the final hours of her dad’s life, she was held at the hospital’s parking lot. She could not go in straightaway to say her goodbyes because her documentation for the COVID-19 test was ready yet.

Rice notes that she was in the car, at the parking lot, then she was informed that he had died.

She had crossed the provincial border without a problem early morning on the 15th of January. Hospital staff had asked that she come in haste because the father had no time left.

Upon arrival, they informed her she needed a pass the virus to be allowed inside the hospital. There was a trailer for that purpose at the parking lot, but she was informed that they could not test her without the correct documentation when she went there. She needed to have been registered in advance to be tested.

She began the process, noting that she tried her best to be online and on the phone at the same time to complete her application. She managed about four applications, she said.

Her father passed on at 9:30 p.m., on the 15th of January, with Rice just a few yards away. The father was 90 and had served as a lawyer on the N.B Court of Appeal.

Rice stated that she could not comprehend why a rapid test would be the yardstick for determining whether she could enter the hospital. N.B’s public health noted that rapid screening is effective for symptomatic persons.

Health officials in N.B have criticized what people call strict visitation requirements in the last month. There have been several cases involving family members not being allowed to see their dying relations. In one instance, an 80-year-old was asked to leave the hospital for holding the hand of a dying relative.

Recently, N.B revised rules regarding visitation in the orange phase restrictions. However, the rule still applies to persons coming from outside the province.

Thomas Lizotte, a spokesperson, said that visiting family has to await the test results outside the hospital’s confines and will only be allowed to enter if a negative result comes back.

Dorothy Shephard, health minister, said Rice’s situation was heartbreaking and added that they would work with health officials to eliminate the remaining obstacles.