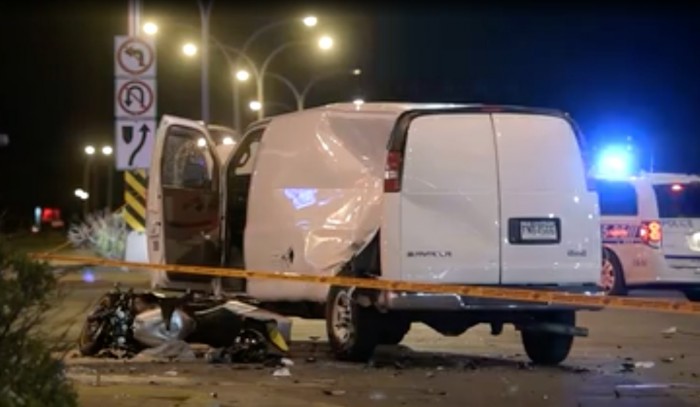 A 26-year-old man lost his life after his motorcycle collided with a van on Thursday night in Pointe-Claire.

The accident occurred around 3:00 am at the intersection of Saint-Jean and Brunswick boulevards.

According to preliminary information obtained from witnesses by the police, the motorcyclist was traveling northward when he had ignored a red light at the intersection of the boulevards before colliding with a van that was traveling westward.

The 26-year-old motorcyclist was rushed to hospital in critical condition. The man later died as a result of his injuries.

The driver and the passenger of the truck were not injured.

“The speed and the non-respect of the signaling could be in question,” said Andrée-Anne Picard, spokesperson for the Police Department of the City of Montreal (SPVM).

A reconstructionist in collision scene went on site to analyze the scene.

Boulevard Saint-Jean is closed between Labrosse Avenue and the Trans-Canada Highway. Brunswick Boulevard has also been closed between Saint John Blvd. and Selkirk Avenue.