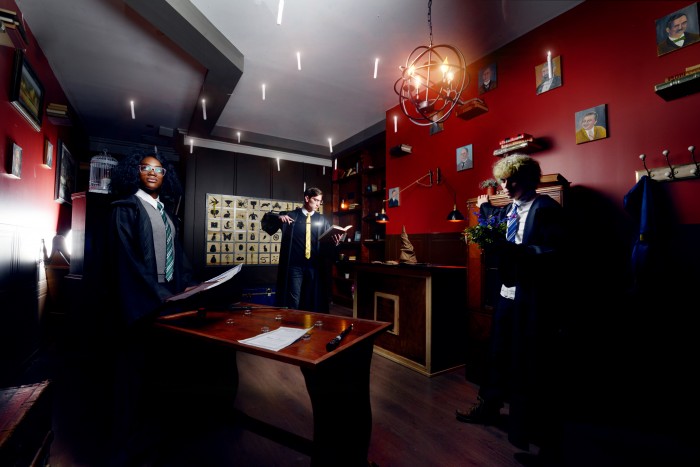 Inspired by the famous boy who lived, the game gives the opportunity to every fan to become a real wizard. Participants have to pass classes such as Herbology, Transfiguration, Charms, Potions and much more in order to merit the name of wizard or witch.

The game features many references to the books, as well as the technology of motion recognition. The highlight of the game is the magic wand that reveals secrets, produces levitating charms and awakens hidden beasts.

Located inside CF Fairview Shopping Center in Pointe-Claire, Magic Academy is the fourth adventure to open in the few months since the escape room center launched.

A/Maze is the leading company in the Escape Game industry of Montreal. With four locations on the island and seven worldwide, they know a thing or two about game-making. The Magic Academy is their newest game and is truly a magical sight. Something you cannot miss.